The Importance of Precision in Japanese Translations

Marketing Translation vs Transcreation: What You Need To Know

How Legal Translation Errors Can Negatively Impact Your Life 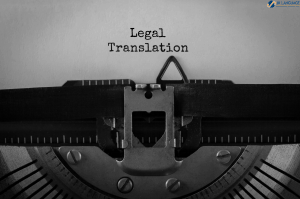 Legal translation services is about more than simply taking a written text and converting it into another language. Translators need to have a deep knowledge of the law, to ensure it makes sense and flows clearly.

You may assume that a legal translator simply needs to have proficiency in two languages in order to translate legal documents. But they really need specialized legal knowledge. This helps you avoid potentially life-changing mistakes.

When legal translators are working with these texts, they have no room for error. Even the smallest errors can have life-changing consequences and can impact the client’s budget and reputation.

Why Correct Legal Translation is so Important

Most of the complexities and difficulties involved with legal translation are due to the nature of the legal language. Each country has unique legal terminology which needs to be accurately translated into the target language.

The legal terminologies between both languages will often be hugely different. The translator needs to be able to compare both the legal systems and the languages.

Legal translation must also take into account the differences in culture and any subtleties that may otherwise be missed.

Here’s an example of how one mistranslated word can have a devastating impact and change history forever:

During the WWII in July 1945, the allies sent Japan a declaration of surrender terms and waited for a reply.

The terms had stated that any negative answer would equal “prompt and utter destruction”. Japanese Premier Kantaro Suzuki was questioned about his reaction to the declaration.

Suzuki hadn’t yet made a formal decision, so when he responded to reporters he used the word “mokusatsu” to say he was withholding comment. This word is derived from the word for silence, however, it also can be used to say “not worthy of comment.”

U.S officials were angered by the statement and within ten days the atomic bomb was dropped on Hiroshima.

If you’ve ever used Google Translate, you know that it’s a helpful way to get a very basic translation. However, this technology isn’t yet able to correctly translate your legal documents.

You need a level of accuracy that a machine simply can’t yet do. A human linguistic expert is crucial if you want to avoid costly and embarrassing translation mistakes.

It can be easy to assume that you simply need a translator who is fluent in both languages, but this isn’t the case.

Law is one of the most difficult industries for translators. You need a translator who has legal experience specifically in projects similar to yours.

As we’ve seen with the Japanese example above, the literal translation isn’t always correct. Think about how many intricacies there are in English. There will usually be at least the same amount in the language you’re translating into or from.

Often a sentence will directly translate into another language, although the meaning is different. This is known as a false cognate. That’s why it’s so important that your translator understands the subtleties in the target language.

In China, approximately 5% of the contract disputes between foreign companies and Chinese companies are due to translation errors.

In a case in 2011, “drydocking” was translated as “tank washing”. And in the same case, “Except fuel used for domestic service” was changed to “domestic flights” when translated to Chinese.

This led to a disagreement between both companies about their share of the profits and their rights and obligations.

Here are some of the ways your life and business can be negatively affected by translation mistakes:

Some mistranslations can be funny, while others can be offensive and unprofessional. When you’re doing business with a foreign company, you’ll want to demonstrate your professionalism. The aim is to form a solid business relationship.

If your company looks like a joke (or seems disrespectful), your customers and business partners may take their business elsewhere.

Mistranslations will send an incorrect or unclear message to the reader. Some of these can have serious consequences. Consider if there was a translation error in the instructions for surgeons inserting a new pacemaker. This could have life-threatening and career-ending ramifications.

Poor quality translations can be a corporate liability. They can also discourage businesses from working with you. If a business has agreed to certain terms, and then your contract changes these terms, you could see key deals falling through.

When your translations are subpar, you’ll often have to start all over again. That means a waste of resources and time as you find another translator.

You also open yourself up to a potential lawsuit if you unknowingly breach a contract down the line.

This could happen if the English translation gives you more rights than the foreign translation.

Whether you choose an agency or a freelance translator, it’s vital that your legal translator displays the following skills:

As you can see, correct legal translation is crucial when doing any type of business with a foreign company. Choosing a reputable translator will save you money and prevent harm to your reputation down the line.

We provide quality translation services in more than 100 languages. If you’re looking for a professional translation company that prides itself on accuracy, get in touch to learn how we can help.