Detroit Translation Services are busier than ever.

Getting A Big Piece of the Pie Through Spanish Translation Translation Blunders of the Political Kind

When people who speak different languages attempt to communicate, there is always room for interpretation and misinterpretations. Throughout history there have been a number of situations where Political leaders have made some funny and some very serious errors in political translations.

When Sensitive Translations are Not Vetted 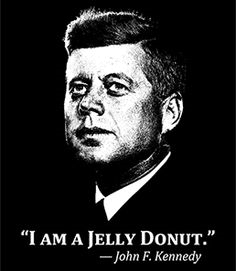 Some of our greatest leaders have made blunders when speaking to international audiences.  One well known example is in 1963 when President John F. Kennedy was speaking at the Berlin Wall in West Berlin. In his speech he exclaimed “Ich bin ein Berliner!” which when translated means I am a Berliner. The message was meant to inspire West Berliners who were living deep inside East Germany and feared an East German occupation. Unfortunately Berlin residents didn’t refer to themselves as Berliners and had that term reserved for a popular jelly filled doughnut. So essentially, the leader of the United States claimed to be a doughnut. German translations are difficult, even for presidents. A quick proofread of his speech by a native Berlin resident would’ve quickly cleared this one up and saved the president from being the target of some interesting cartoons.

We will Bury you!

During the Cold war, when tensions were at their highest, Soviet premier Nikita Khrushchev gave a speech in which a line was interpreted into English as “We will bury you.” This line was taken as a direct threat of nuclear war. Unfortunately for everyone involved this interpretation was too literal and what Khrushchev was saying was really that Russia will outlast the US. He was later quoted as saying “I once said, “We will bury you,” and I got into trouble with it. Of course we will not bury you with a shovel. Your own working class will bury you.” This accurate Russian translation doesn’t leave me with warm or fuzzy feelings, but I guess it’s better than a direct threat.

Unfortunately the issues with language translation do not only refer to the distant past. When Secretary of State Clinton greeted Russian Foreign Minister Sergey Lavrov in Geneva in March of 2009, she presented him with a gift of a little red button. On it was written “peregruzka” instead of “perezagruzka”. Clinton intended it as a symbol to Reset the relationship between Russian and the US. Unfortunately for Clinton the word “peregruzka” directly translates to “overcharged”. The diplomats laughed off the mistake but again it shows how important it is to do your research first. Russian translation can be tricky, better leave it to professional translators.

Errors in Translation in the U.S. 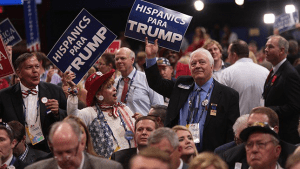 With Spanish as the 2nd most widely spoken language in the United States, it makes sense that our presidential hopefuls would attempt to relate to Spanish speakers. Unfortunately, language is a double edged sword. Use it correctly and it can help you immensely, but when you mess it up, you risk offending an entire population. Donald Trump’s campaign tried to rally support from US Hispanics at the Republican National Convention by waving signs stating “Hispanics para Trump.” Unfortunately it seems the team did not do their research and had two mistakes in a three word sentence. First, “Hispanics” is the term in English, in Spanish the term is Hispanos. The second is the literal translation of “for” to “para” rather than “por”. While both mean for, para is typically used as in “work for” or can also mean “stop”. Por would’ve been a better choice but the best choice would’ve been “con” making it say Hispanics with Trump. We’d say this is what happens when you use Google, but Google even got it right when we tried. Once again this identifies the reason you trust professional translators for your Spanish translation.

In Politics, Business, or any format where your reputation is on the line, it’s always best to leave the language work to a translation agency that has professional translators who are native speakers of your target market. This ensures your translations are not only a good and accurate translation of the original, but culturally appropriate as well.

Doug is a Language Solutions Specialist here at JR Language and works with clients on a daily basis to help them meet their goals with Translations and Interpretations. Doug is recently married and bought his first house with his Wife Rachael. In their free time they enjoy Camping, Travelling, and seeing live music.