The Chinese Language- One of the Top 5 Language Markets

German: One of the Top 5 Language Markets 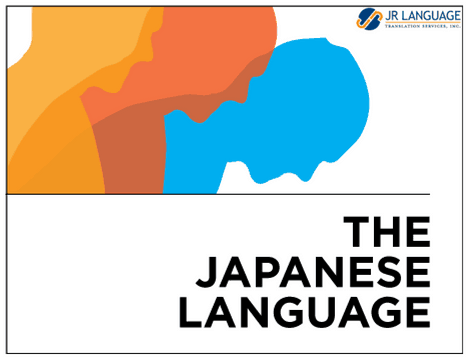 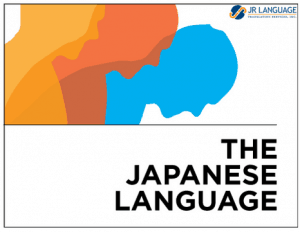 Addictive anime series, catchy J-pop tunes, and cultural originality. These are among the reasons a young demographic has shown intrigue for the Japanese language and culture. While I count myself as part of this swelling group of fanatics for all things Japan, I recently discovered a few more fascinating statistics in relation to the Japanese Culture that encompasses a broader range of industries:

This Japanese  phenomenon is one that we as a translation company can attest to.  JR Language has delivered Japanese translation services for a variety of documents ranging from patents, technical drawings and manufacturing agreements to tattoos, audio recordings, e-learning material, and packaging.

The Japanese language will only continue to rise in usage, and we’d like to provide a general introduction to this increasingly popular language.

The Japanese language is spoken by over 126 million people, most of whom reside in Japan.  Outside of Japan, Japanese native speakers have residence in Brazil and other major cities including New York, Paris, and London.

Fun fact:  About 16.7% of Hawaii residents speak Japanese at home!

The Japanese writing system is a combination of 3 different sets of alphabets:  Kanji, Katakana and Hiragana.

It can be easy to confuse Japanese and Chinese characters. An extensive period of interaction between the two cultures resulted in written Japanese being founded on the written Chinese model.

Although several dialects of Japanese are spoken across Japan, standard Japanese has spread throughout the nation, resulting in a declining use of regional dialects.

As discussed in a previous post on Japanese Culture, social status and ranking is firmly rooted in the spoken Japanese Language. In a system known as Japanese Honorifics, an honorific is used in a similar manner of addressing someone as Mr., Mrs., Madam, or Doctor. Honorifics are normally added at the end of an individual’s first and last names, with each honorific indicating a different level of respect.

Connecting With the Japanese Market

As one of the top 10 most used languages in the world, Japanese is a complex  and layered language used in a variety of areas and industries.  With a growing interest in Japanese culture and the importance of the Japanese market, it is worthwhile to research opportunities and invest in communicating well with Japanese speakers.

JR Language provides Japanese Translations for many projects, including patent translation and technical translation to name a few. Every day brings new developments in the world that we need to follow and absorb, not only from an economic standpoint, but also to understand cultures and behaviors. At JR Language one of our goals is to help communicate without limits to improve global reach. In order to achieve our undertakings, we will continue to learn and explore languages, in particular the Japanese Language market and its evolution.