The World of Tourism: Talking Travel and Translation

Latin America in the Spotlight: The Land of Romance Languages and Cultural Diversity

What You Need To Know About Translating Patents 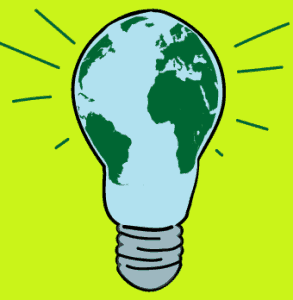 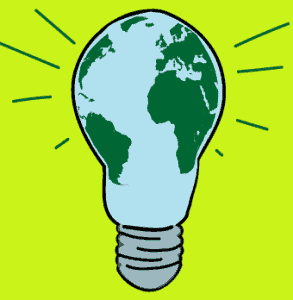 Did you know that 615,243 patent applications were filed in the United States in 2014 alone?

Among the top 10 corporations granted patents were Samsung (4,936), Sony (3,214), Microsoft (2,829) and Google (2,566). While those are certainly some of the most recognizable names, nearly 850 companies made the list, with another 37,568 patents granted to “other” companies, those smaller and lesser known inventor hopefuls.

As the digital age continues to expand and technology provides more opportunities to create and invent, patents are becoming increasingly important and even increasingly difficult to obtain. A recent Supreme Court ruling in which an application for a software patent was rejected because it was “too abstract” set a precedent that resulted in the number of software patent rejections jumping from 24% (pre-ruling) to 78% (post-ruling.) That’s a tremendous increase in rejections over a six month period and it can have ramifications for your patent hopes, too.

As a creator and inventor, what do you need to know in order to improve your chances for success?

Thanks to the proliferation of social media, a robust blogging community that thrives on “leaks” and the real-time exchange of ideas over the Internet, it’s easier than ever to inadvertently share your ideas in a way that can have someone quickly capitalizing on your invention before you even know it’s happened.

A patent is designed to prevent this from happening so other people cannot profit undeservedly from your next great idea or invention, whether it’s a new social network or an original twist on the household vacuum cleaner.

If you want to reach an international audience with your product, then you’re in even more danger of losing business because you risk someone else claiming your idea and marketing it locally as their own. Without a patent you’ll be fighting an uphill legal battle that you’re likely to lose – along with the money you’ve invested in attorneys and legal fees.

That’s what makes a patent such an ally, especially if you’re looking to reach overseas markets. It gives you the exclusive rights to a specific idea or invention for a designated length of time – and yes, patents do expire, so remember that if you plan to keep yours.

But before you file, arm yourself with a bit of knowledge about proper translation, because it matters.

The Importance Of Proper Patent Translation

Filing a successful patent involves several factors; you must have a novel idea that is described clearly and is both detailed and specific. Among the top reasons for patent rejections is an improperly filed application, which means that not only must you have a viable concept but you must also follow specific filing requirements, including submitting the application in the appropriate language.

In 2013, the last year for which current data is available, about half of all patent applications originated outside of the U.S.  In fact, Japan leads as the country of origin for patents granted, with 53,849 granted in 2014 – and this number continues to grow every year.

Just over half of all patents granted in 2014 were of foreign origin, which makes translation an important consideration. Every number, diagram, note, heading, paragraph and annotation must be properly translated or you risk rejection for no more than a technical oversight.

Another way that translation plays into patent applications is during the research phase. If you are interested in filing a patent in another country, then you’ll need to research existing patents in order to determine any possibility of patent infringement. As you discover patents filed in other languages you may need to translate them in order to understand them.

To determine what is covered and what is not covered in a patent, translating a patent can assist to determine the Freedom to Operate (FTO).

Thanks to the Patent Cooperation Treaty (PCT) you can seek patent protection in nearly 150 countries simultaneously and submit your application in any language accepted by the International Searching Authority. If you submit in a language that is not accepted, then you must provide the translation.

The rules are slightly different when submitting a patent application in Europe. A European patent may be filed in any language but if it is not filed in one of the three official languages (French, English or German) then you are required to provide a translation into one of these languages.

Increase Your Chances Of Success With An Accurate Translation

The patent office may also require a certified translation, which means that not only must your application be accurately translated but it must also meet legal requirements so that it will be accepted by courts.

Currently, the average patent application pendency is about two years. Budget cuts and understaffing over the years can make the backlog even longer. Given the number of patent applications that are received annually, you can see how important it is to ensure that yours meets all of the technical requirements so it can be evaluated on its merits and not rejected because of something as slight as a mistranslated heading.

A qualified translation services company can help you navigate the language requirements so be sure to seek professional advice when it comes to translations – that will leave you free to focus on turning your idea into the next great invention.