What You Need To Know About Translation Certification

A Fascinating Look at Japanese Culture 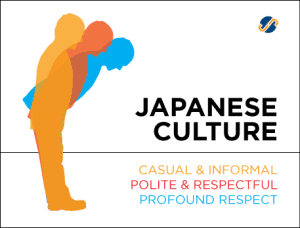 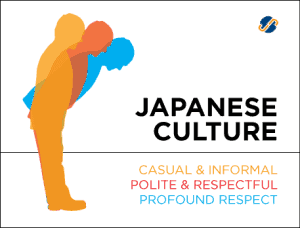 A Fascinating Look at Japanese Culture

Japan has been a topic of fascination among many, not in the least among my friends, family and coworkers.

One of my good friends dedicates a Youtube channel to teaching beginner’s level Japanese calligraphy.  My youngest cousins from Taiwan have traveled to Japan to collect mountains of manga and anime series.  Then there are countless people like me, who dream of living in Japan to experience what so many tourists describe as a “whole new world”.

What makes Japan so unique, is its culture.  Culture is the blood of JR Language’s work- we do not deliver translations without first understanding the culture of the target audience that the translation is intended for!  This could not be more true in delivering japanese translations, as the japanese language is considered to be heavily culture-laden.

Some of the most fundamental aspects of Japanese culture and language are- respect for hierarchy, and social harmony.  Let’s take a look at how these elements are incorporated into daily conduct.

Interaction between Japanese individuals is greatly affected by hierarchical differences, or social ranks.  From the moment of greeting, acknowledgement of hierarchical levels begins.  The japanese greet each other by bowing to one another, and the depth of the bow is determined by each individual’s social rank.  This means, the individual of lower hierarchy must bow deeper and longer to his or her superior. 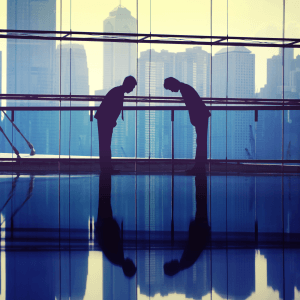 Thus, it stands to reason that the exchange of business cards is so important in Japan.  Particularly for first time business meetings, a fully translated business card enables individuals who do not know each other  to learn the other’s relative status so they know exactly how to interact!

Use of Honorifics in the Japanese Language

As social status and ranking is deeply ingrained in daily communication, so it is in written and spoken Japanese.  Known as the Honorifics system, the forms of address in the japanese language serves to establish individuals within the Japanese social hierarchy by showing humility and respect.

Which is why it is a basic rule that you never use an honorific when talking about yourself!  Doing so makes you look self-important which goes against the virtues of humility and humbleness.

Here are some common honorifics:

“The nail that sticks up gets hammered down.”

This Japanese proverb is a reflection of the great value that Japanese place on social harmony.  Hence, the nature of business negotiations in Japan tend to be cooperative and polite to avoid open disagreements.  It is considered a vital skill to be a good listener, if one wishes to promote and maintain harmony in a corporate setting.

For this reason, negotiation processes in Japan can take a while before coming to an agreement.  Even if your Japanese counterpart does not wish to enter into a deal with you, they will never say so outright.  Remember the value of “saving face” discussed in Spotlight Asia?  This extends to most Asian countries, including Japan.  If a Japanese business person no longer wishes to do business with you, they will gradually distance themselves from you- perhaps using illness and vacations as reasons.

Successfully targeting a global market requires in depth understanding and respect for each region’s culture.  Particularly in Japanese culture, respect is a custom that must be upheld in daily conduct.  Japanese language and culture fit together like a glove, and to have a good business relationship in Japan- you must proceed with great care to promote harmony and honor.

JR Language Translation Services has experienced Japanese translators who are skilled in translating Japanese documents from Japanese into English, and English into Japanese.  If your language requirements call for the Japanese language, please contact us today!  We look forward to learning about your needs, and providing you with the best Japanese translation.