Translation Services with Spotlight in Asia 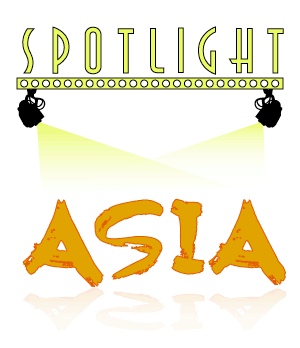 Today, the spotlight shines on Asia.  We shine light on the area’s growing market potential, and illuminate the factors and characteristics that make the world’s largest continent a rising star.

Population Figures
Asia boasts a population of approximately 4 billion people- accounting for 60% of the world population, making it the most highly populated continent in the world.  Over half of the 4 billion people are 35 years of age and younger, which makes Asia an interesting market to watch.

Countries and Languages
There are 48 countries in Asia.  The largest country by population is the People’s Republic of China.   Below are the top 3 largest Asian countries based on population and percentage of world population.

Asia is home to over 2,000 different spoken languages, and most countries have more than one language that is spoken as the native tongue.  Less than 7% of the Asian population communicates in English.

Culture
The culture of Asia is influenced by a long history featuring a vast variety of ethnicities, religions and events.  This has resulted in a culture rich with different forms of art, cuisine, and festive traditions.  The shaping of Asian culture involves Indian, Arab, Turkish and many other cultures.

Here are just a few important cultural tips for companies looking to do business in Asia:

Business Opportunities
The Asian market is growing at a rapid rate.   The best opportunities for business success lie in Korea, Japan and China.

Language and Business
The more time a potential customer spends on a website, the more likely he is to make a purchase. From that statement it makes good business sense to translate your website to your customer’s language.  The data below reveal that various Asian groups are unlikely to spend much or any time at all on sites not in their native language: [Statistics are based on consumer polls conducted by Common Sense Advisory] 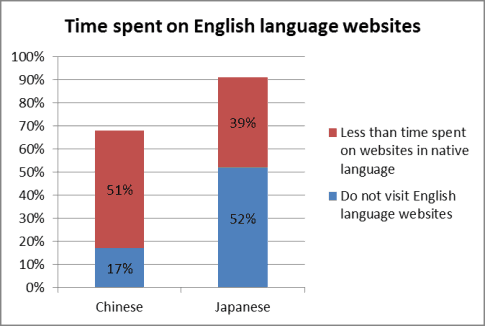 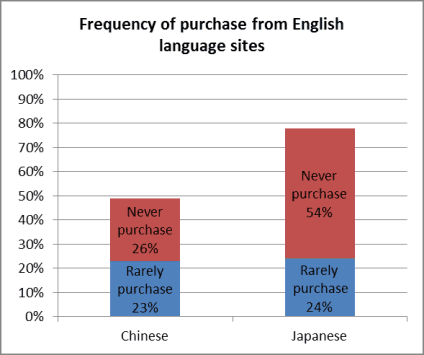 Companies that sell internationally or have offices around the world are likely to serve customers of different nationalities.  Asian languages are important for businesses because of their significant online presence and Asian population.  [Statistics based on data collected in 2013 by Common Sense Advisory]