Transcreation: The Creative Side of Translation 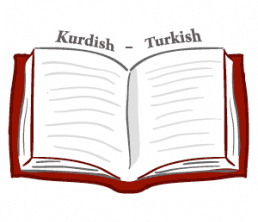 Prior to attending the GALA Conference held in Turkey back in March, representatives from JR Language took time to learn more about the country and its culture.

While reading news related to Turkey, they discovered that the Turkish Language Association had compiled the first ever Kurdish-Turkish dictionary. This dictionary, which translates from both Turkish and Kurdish, will be used in schools, and students will now have the opportunity to take an elective Kurdish language course. The Kurdish-Turkish dictionary is based on the Kurmanji Kurdish dialect, which is the most widely spoken Kurdish dialect in Turkey.

This is groundbreaking. Even though Kurds comprise about 20% of Turkey’s population, they were banned from speaking Kurdish publicly in Turkey for several decades. Today, they can enjoy having their own TV channels.

A Step towards Harmony and Peace

The creation of the Kurdish-Turkish dictionary is a step in the right direction towards creating harmony and peace amongst the two communities, and we hope this is only the beginning.  Wonderful memories of their time in GALA Turkey still remain fresh in the minds of JR Language’s representatives today.  We hope to visit Turkey again and create positive relationships with both Turkish and Kurdish populations around the world.