Back from the IRCE! 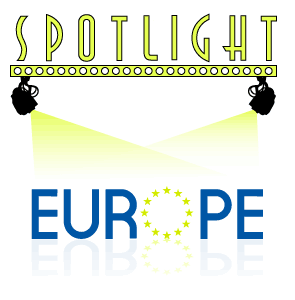 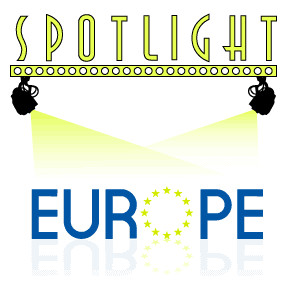 you think of Europe, a variety of images may come to mind.  Flashes of art and elegant architecture may spring to the imagination.  You may think of famous philosophers like Galileo Galilei, or sports stars like Roger Federer and Maria Sharapova.  Whatever it is that Europe reminds you of is sure to reflect the great diversity in this continent- and with a population of over 730 million people, Europe is a fascinating candidate full of opportunities for prospective firms aiming to find new clients to market their products.

Countries and Languages of Europe

Listed below are the five largest European countries & official language spoken in each:

You’re probably thinking- “I could’ve guessed the official language without it being written down!”.   But keep in mind although there are generally only 1 or 2 official languages spoken in each European country, several minority languages are used as well.  Let’s look at a few examples:

The lesson learned here?  Localization is key.  If, for instance, you are conducting business in the eastern provinces of Alsace-Lorraine (France), you must localize your verbal and written content to make it suitable to the Germanic speakers in the region.  One should never to assume that one country’s official language is shared by all of its residents.

Business Culture
Europe is a great mix of different ethnic groups and as a result, different cultures.  Each culture has its own set of traditions and behaviors to abide by.  When conducting business in Europe, take into consideration the country you are in.  There are, however, a few good tips to follow for prospective companies planning to conduct business in Europe:

We are not going to pretend the European crisis is not still in effect.  It is, however, on the mend with recovery forecast to pick up in 2015. There is no better time for prospective businesses to start putting together a plan to target the European market than now, when European citizens are anticipating a brighter economic outlook every day.

Language and Business
So, just how often do European customers visit English-Language Sites?  Prospective companies wishing to target the European market should take heed of the following:

After you’ve thought about this, let’s turn our thoughts back to the customers.  When it comes to the relationship between language familiarity and time spent on websites, the proof is in the numbers:

Survey question: How much time to you spend on English language websites in comparison to websites in your mother tongue? (Commonsense Advisory, February 2014)

But how often do European people actually make purchases from English websites?  The data below indicate that most people prefer purchasing in their native language.

Survey question: How much time to you spend on English language websites in comparison to websites in your mother tongue? (Commonsense Advisory, February 2014) Percentages below = % of people who agree.

These statistics may not come as a surprise.   You’d be pressed to find anybody willing to spend their precious time and hard earned money on a product or service sold from a website written in a language they’re not familiar and thus not comfortable with.  The creation of multilingual websites takes time, but the results, including increase in sales and web traffic and international customer satisfaction- make this investment worthwhile.

Europe is diverse in both culture and languages.  It is critical for prospective businesses to learn about the culture of the European country(s) they wish to target.  As the continent grows stronger economically, we encourage people in the corporate world to remember the importance of European languages in their marketing mix.

JR language’s translation and localization services provide endless opportunities for companies looking to have an international reach.  Our services have helped companies to successfully introduce their products into German markets, after many years of selling primarily to US consumers.  We’ve helped retailers expand their line of products into French and German markets.  We’ve translated and localized companies’ facebook and twitter campaign messages into several European languages including French, German, Italian and Spanish.  If you would like to learn more, please contact us for a free consultation.