Our Hearts are With Those Impacted by Hurricanes

Translation Services: The Cost of Opportunity 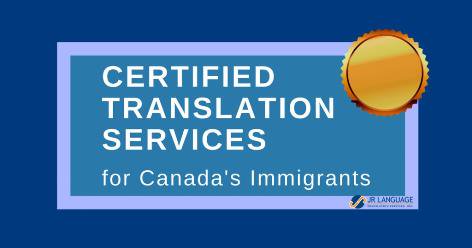 Canada’s linguistic landscape has always been a mosaic of different languages and dialects.  The passage of time has seen changes in the country’s linguistic makeup, as the share of Canadians speaking a language other than French or English at home increases.  Driving this trend is immigration, a process which often requires submission of certified translations of documents.

The linguistic trends noted in Canada’s latest census offers great insight into which languages are in demand or growing in demand for certified translation services.  Here’s a look at some of the data.

The percentage of Canadians who speak a language other than English and French has gone up by 14.5% since 2011, to 7.6 million speakers. Out of the 213 other languages reported in the census, the most spoken are Mandarin, Cantonese, Punjabi, Spanish, Tagalog, Arabic and Italian.  Below, is a list of the top 20 non-official languages spoken in the country- 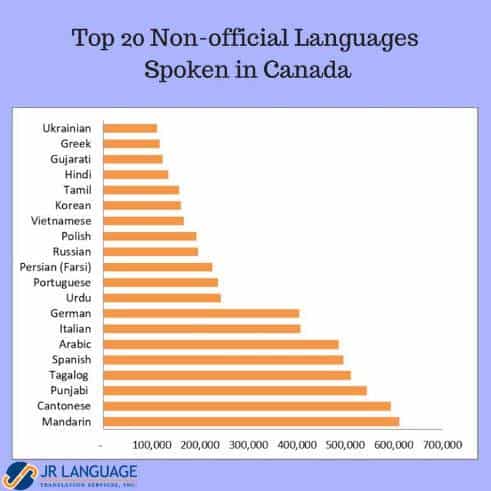 One of the factors behind a large amount of Chinese language speakers is the number of Chinese students studying abroad in Canada.  According to the Canadian Bureau for International Education, China is the country’s largest source market for international students.  To accommodate the college application process for Chinese students, certified translations from Chinese to English or Chinese to French may be required for documents including diplomas and transcripts.

As Canadian universities continue to attract more international students, there will be a rising need for certified translations for other language pairs such as Arabic to English and Tagalog to English.

The number of people speaking Tagalog as a native language has grown by 35% since 2011. This trend is influenced by immigration patterns, with the Philippines being the top source country for Canada’s residents.  In 2015 alone, over 50,000 Filipinos became permanent Canadian residents.

The number of Arabic Speakers grew by 30% and is the top non-official language spoken in New Brunswick and Nova Scotia.  Native Arabic speakers coming to Canada are traveling from different regions, and are also settling in different Canadian regions.  For instance, in Quebec, the majority of Arabic language speakers come from North Africa.  In Ontario, most of them arrived from the Middle East.

The immigration process requires certified translations into English or French of personal documents including birth certificates, marriage certificates and any other required documentation that is in a non-official language.  For Arabic and Tagalog speakers, getting a professional certified translation from Arabic to English and Arabic to French, or Tagalog to English and Tagalog to French is one of the important steps to ensure their application is properly filed.

New residents in Canada will likely be subjected to document translation requirements established by the Government of Canada.  Processes such as applying for citizenship or permanent resident card require applicants to provide a certified translation for any document that is not in English or French.   As Canada’s linguistic landscape continues to change, professional Translation Companies in Canada will be ready to accommodate the certified translation needs of all who seek residence.