Canadian English Versus US English 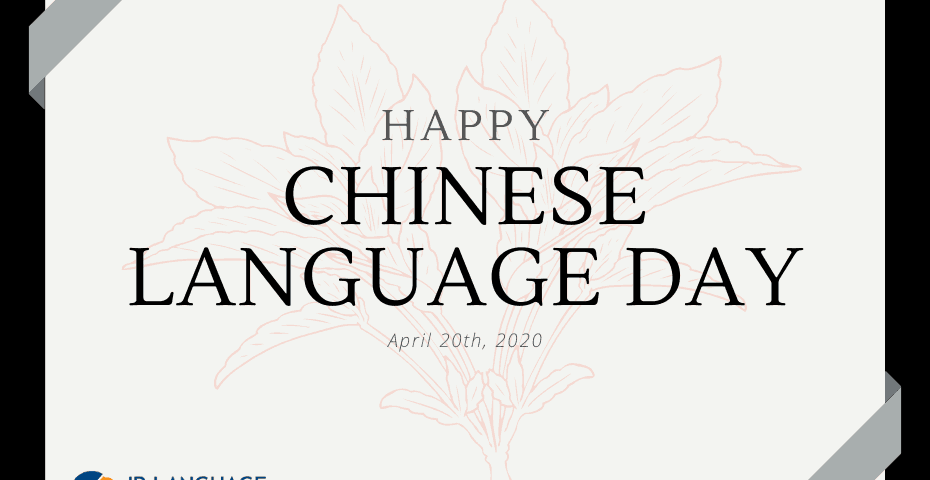 On April 20th, we’re celebrating Chinese Language Day!  According to Heather Landon, Director of Documentation Division of the UN Conference Department, “The United Nations Chinese Language Day was established by the UN Educational, Scientific, and Cultural Organization (UNESCO) in 2010 to celebrate multilingualism and cultural diversity, as well as to promote equal use of all six of its official working languages throughout the organization.”

Chinese is one of six languages used as the official modes of communication by the United Nations, the others being Spanish, English, French, Russian, and Arabic.  Chinese is also widely used by other international and global governing bodies.

The Chinese people represent one of the oldest and most powerful civilizations on the planet, with thousands of years of sociopolitical history, literature, philosophy, art, and more. The Chinese language is so ancient that its origins are debatable, but the degree to which Chinese has evolved, split into dialects, reformed, changed deliberately or accidentally, cannot be argued. Chinese dialects are now spoken by over a billion people, or about one in seven people.

The Chinese market is an immensely powerful one, and your business might be in a prime spot to open itself to this market. For translation services, our company works with both written forms of Chinese, Simplified and Traditional Chinese depending on the target audience. Simplified Chinese was implemented by Mao Zedong in order for it to be more accessible to the ordinary person in China and literacy increased. By this time, the split between the People’s Republic of China (PRC) and Taiwan had happened and Taiwan, Hong Kong, and Macau kept the Traditional version of the written language. These two languages are very different now and cannot be mutually understood. It is necessary that a language services company help you make sure you have the right Chinese for the right audience otherwise your message will not be clear.

Which brings us to spoken Chinese. For interpretation services, our translation company needs also to understand the audience of the services in order to provide Mandarin, Cantonese or the required dialect of spoken Chinese of which there are eight major ones. The dialects are mutually unintelligible, and interpreters may actually be required between two Chinese people.

At JR Language Translation Services, we regularly translate English to Chinese and Chinese into English. When the project’s target language is Chinese, Simplified Chinese or Traditional Chinese is selected depending on the audience of our clients and the locale where the content is going to be used.

Within those translation projects, below are some of the industries we serve:

How to Celebrate Chinese Language Day

To celebrate the institution of Chinese Language Day in 2010, the UN Headquarters in New York held a lavish exhibition of Chinese calligraphy and paintings, including a workshop by Master Calligrapher Fo Tao. During the three-day exhibition from April 14th to the 17th, Chinese music was played, lectures were given, and special events like tea ceremonies were held.  That was an enjoyable and accessible way to mix culture, customs, traditions with the Chinese language, all strong indicators of how Chinese culture has spread around the world.

Celebrate Chinese Language Day in your own way this year by taking in some Chinese culture.

Below you can see the difference in the strokes between the two written forms of Chinese for the simple sentences in English.

We value our Chinese translators, interpreters, and clients greatly. We are honored to provide language services that break communication barriers and allow people to trade, inform, help, govern, and teach.  Great ideas, expressions of goodwill, and hilarious stories are only as good as how well we communicate and share them.  We wish our Chinese and Chinese-speaking friends a happy Chinese Language Day and urge all to protect themselves at home and abroad.