The Power of Phone Interpretation

Get Your Best Quote for Translation!

What is Cinco de Mayo? 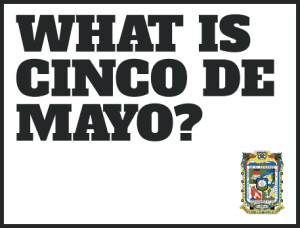 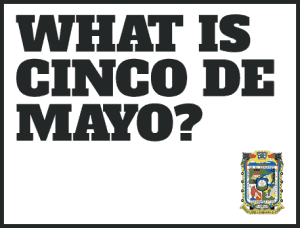 As a translation company, we enjoy learning and sharing information about cultures and historical events from around the world. Today is Cinco de Mayo, a holiday that is celebrated around the world with plenty of fanfare.  Colorful parades line the streets of Puebla (a Mexican state), decorations made up of the colors of the Mexican flag are displayed, and margarita filled Cinco de Mayo parties are hosted in the U.S and parts of Canada.

While Cinco de Mayo is honored in the US as a celebration of Mexican culture and heritage, it may be of some surprise to know that it is considered more of a minor holiday in Mexico.  So in the midst of the festivities, we invite you to reflect on the history of Cinco de Mayo.

Cinco de Mayo commemorates the triumph of General Ignacio Zaragoza, who led his Mexican army to victory against the French army at the Battle of Puebla in 1862.  The war was born from tensions between Europe and Mexico due to Mexico’s inability to pay back debts owed to European governments.    While Britain and Spain eventually negotiated with Mexico and withdrew their naval forces, France decided to follow through with battle- which resulted in their defeat against the Mexican forces.

At the time, General Zaragoza’s unlikely victory created a surge of confidence and courage throughout Mexico.  It is no wonder, considering what an utter miracle it was that a group of 2,000 Mexican soldiers who were poorly trained had managed to defeat 6,000 well-armed French troops!

Let us then, always remember the bravery of the Mexican soldiers who put their lives at risk in the Battle of Puebla.  They are a perfect example of what can happen simply by having courage against all odds.

JR Language Translation Services wishes you a safe, and happy Cinco de Mayo.  To those of you who are Spanish language speakers- “Feliz Cinco de Mayo!”