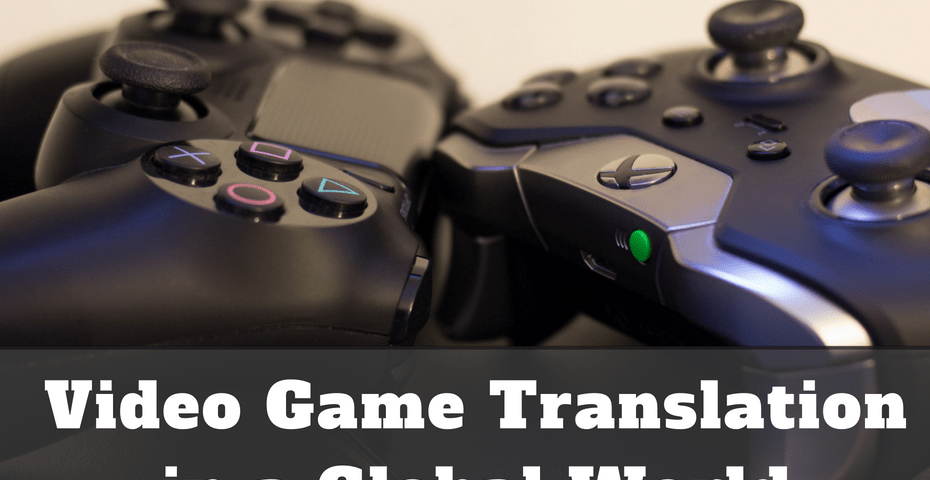 Do you want to play a game?

Playing video games is a popular pastime around the world.  Video games are played for relaxation, excitement, education, fitness, and many other reasons, as well as connecting with players who could be on the other side of the world.  Video game play has spread from consoles to desktop computers to mobile devices, with the top three markets being China, the US, and Japan.  Germany and the UK are not far behind.

How is video game translation used?

Every video game is a world of its own, and the game’s language should merge seamlessly with the player’s language of fluency.  Here are some ways professional video game translation is necessary for a game developer to be successful in a globalized market:

Localization is another valuable service a professional translation agency can provide.  A game must make sense to the player, and if unfamiliar phrasing, jokes, and references are made, the game may lose appeal.  Cultural competency is another skill professional translators bring to the table with their ability to relate to the target market and identify do’s and don’ts to make the game’s translation successful.

Bad translation- it’s not as funny as it looks.

In 1991, arcade-style game Zero Wing was released for the Sega Megadrive system.  The game has become a legend for choice pieces of Japanese-to-English translation like, “Someone set us up the bomb,” and “All your base are belong to us!”

RPGs, or role-playing games, are an important genre for video game translation, with two of the largest markets being the US and Japan.  Enormous streams of game-based commerce flow between the two nations.  Some RPGs can be played without starting over for years, with a huge amount of in-game language spoken and written along the way.  English and Japanese are very opposite in terms of language structure, and it takes a professional translator skilled in both the language of the player and the language of the game to make a product that reads and sounds right.

Released in 2014 for PlayStation Vita, the Japanese-to-English version of RPG Sword Art Online: Hollow Fragment is another example of terrible translation.  Lines like, “Klein became to one who did the fight without everyone noticing it,” render character dialogue clumsy and distracting

Education is working to keep up with the demand for video game translation and localization.  RIT students can earn a Bachelor of Science in Applied Modern Language and Culture, with a major in three different languages.  These majors are currently Japanese, Spanish, and Mandarin, but the school plans to add German and French soon.  To better target their desired skill sets, students can double-major in technical or artistic fields.  Minors and courses in ten other languages are already available.

Professional video game translators keep their skills sharp by continuously reading and writing both in the source and target language.  Machine translation can come in handy here, as the better programs can learn what is needed and form a bank of the translated text.  The professional translator will then take the output and post-edit it themselves, checking against the source material and consulting with other experts.

Living in a multiplayer world.

Video games are a perfect example of how good translation brings humans together, for fun or a challenge.  They offer us ways to explore a virtual world of our own making.  Language is one of our greatest tools of creation, and bringing a game to life for an international market cannot be done without quality translation.

Professional game translation and localization guarantees that all aspects of your game will be effectively handled to reach the target culture, from packaging and instructions to character dialogue and help. To maintain the interest of your players you must give them a genuine gaming experience as if it was originally written in their language.