Spanish Language Presence Around the USA 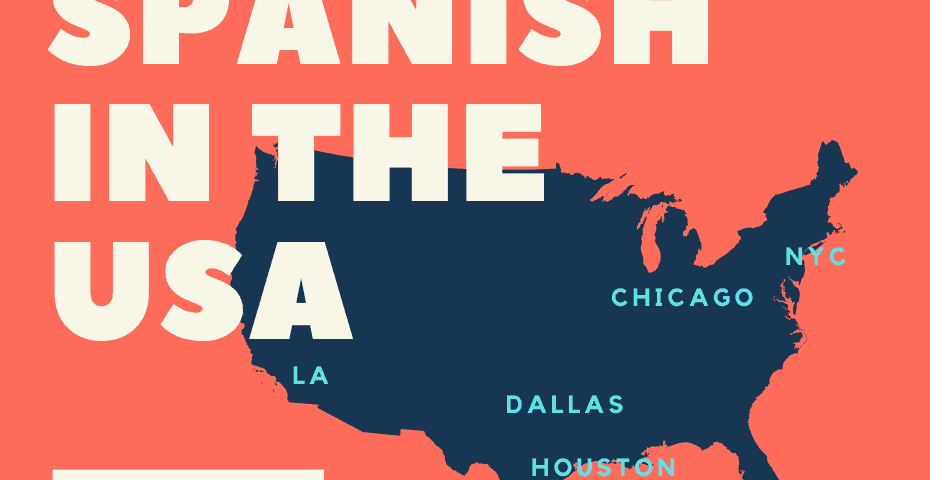 Spanish Language In the USA

Spanish is the second most spoken language in the United States, and English to Spanish translation services are more necessary than ever.  Spanish language services allow business owners to serve their clients and reach new markets, governments to communicate with their constituents, schools to help families in their access to education, and community organizations to interact with the public.  Large numbers of Hispanic individuals come to North America every year to visit, study, work and start their own enterprises.  The Spanish speaking population has doubled from 1990 and is only going to keep growing.

Spanish translation services are important elements to consider for any business that wants to cater to this powerful market.  From customer service to marketing material, instructions to commercials, the “American Spanish market” is an important and powerful one.

We’ve gathered information on six cities with large Hispanic populations that are showing their influence.  If your company works around these locations, take a cue from these facts to make Spanish translation work for your clients or users of your products and services.

Spanish in Miami and Surrounding Cities

Called the Magic City, Miami is strongly influenced by Latin and Hispanic culture.  English may be the official language of Miami, but Spanish is the dominant language, spoken by upwards of 60% of the population.  With a high rate of immigration from Latin America and other Spanish-speaking regions, Miami is expected to become even more Hispanic.  High amounts of Spanish translation and interpretation services are done in Miami every day. Likewise, we see a high volume of work in translations needed from Spanish to English for immigration and business deals.

Tourism is a bastion of the Miami economy, and the tourism industry cannot survive without quality translation and interpretation services to make the city attractive to the Hispanic visitors.  Spanish translation for tourism in Miami helps people find their way around, get information, stay safe, and enjoy their time in Miami.  Travel agencies, airlines, resorts, and cultural organizations all use language services for their Spanish needs.

In the six counties surrounding Chicago, the most common language after English is Spanish, followed by Polish, Arabic, and Chinese.  Close to 1 in 5 people in the Chicago area speak Spanish as their first language, making that figure nearly one and a half million people.  In total, around 150 languages are spoken in the Chicago metro area, but Spanish language services are the most requested of all.

Chicago is known as a major financial center, the foremost location for investment in North America per IBM’s yearly Global Location Trends research report.  In addition to being a financial center, Chicago has a diversified and balanced economy and is also the home of numerous Fortune 500 companies. In 2018, 58 million visitors made Chicago the second most visited city in the United States. All these economic indicators propel the usage of multilingual communication in Chicago. Spanish translation services present a demand for tourism, college, government, and financial applications.

Texas is a state with a rich Hispanic heritage, with about a third of the population speaking Spanish at home and the second-highest percentage of LEP (limited English proficiency) residents in the nation, according to the Migration Policy Institute.  Houston is no exception in the state, with over 90 languages spoken in the metro area.  The Spanish language is the second most used language In Houston, and other languages include Vietnamese, Urdu, and Chinese, making Houston a place very much in need of translation and interpretation services.

Houston has the third-largest number of consular offices in the U.S.A., representing over 80 nations.  Governments are supported by language services every day, producing reams of translated text and many hours of interpreted speech in their daily functions.  Translation and interpretation for the government are high-stakes, complicated work that needs professional, experienced translators and interpreters to ensure accuracy.  Get the best for your business with a language services company in Houston to operate in the offices of government.

Dallas is a Texas city that might be even more steeped in Latin languages and culture than Houston.  With its proximity to the Mexican border, Dallas is an entry point for many Spanish speakers desiring to live in a prosperous location already equipped with Spanish language resources.  According to the last census, a little over 40% of Dallas speaks fluent Spanish.  With well over a million residents, Dallas relies on Spanish language services every day to go about its daily business.

About that daily business, many Fortune 500 companies make their homes in Dallas, including Exxon Mobil and Southwest Airlines.  Add to that the hundreds of foreign-owned businesses with locations in Dallas, like The Trane Company (Ireland) and LG Electronics USA (South Korea), and the need for language services in a company’s internal workings is obvious.  Translation and interpretation of human resources ensure that employees’ rights are honored and empower Hispanic employees to give their best to a company that sees multilingualism as the asset that it is.

Spanish was the first non-indigenous language spoken in Los Angeles and has been in use there since 1771.  Today, Los Angeles County has more Hispanic residents than any other county in the United States, with nearly 40%, or 3.6 million people, speaking Spanish as their first language.  Many thousands more speak some Spanish at work or with friends.

Los Angeles is a well-known center for film production, and even if your business has nothing to do with movies, video translation is something you should take advantage of for marketing and training purposes.  Video advertising is a powerful method of connecting with your market, and you need a translation agency that can not only translate the content but localize it precisely for the regional dialect and culture.  Translating your videos into Spanish makes your business visible and engaging in a huge sector of the market with spending power and in need of training to understand processes and procedures within companies.

Spanish in La Gran Manzana runs the gamut from Cuban Spanish to Dominican Spanish to Iberian Spanish and more. You can’t walk a block in NYC without hearing a plethora of dialects, making NYC a perfect example of a place that relies on translation and interpretation to break down language barriers.

With millions of Spanish speakers in the five boroughs and beyond, legal translation and interpretation is one area where professional language services are essential in New York City and surrounding areas. A legal translator must have experience in the legal industry and fluency in legal terminology as well as the source and target language to produce an accurate legal translation. Certified legal translation services for Spanish aid NYC law firms to help and support their clients and companies in business dealings. Legal interpreters also enable everyday multilingual depositions and legal counsel between client and attorney.

Spanish Translation and its Variations

Hispanics people are the fastest-growing ethnic groups in the USA, leading to increasing use and importance of the Spanish language. That fact is behind the emergence of “American Spanish” in the United States, since, depending on where you need Spanish translation, you will need to know the location to favor the Spanish vocabulary of a region.

The language industry distinguishes the following variations of the Spanish Language spoken in the United States into these categories:

No matter where your business is located within the United States or what products or services you sell, Spanish translation services are a vital resource as we progress further into a multilingual world. Consider that about half of the most popular websites are not written in English and that multilingual online content is growing exponentially.

Translating your website into Spanish, including the mission and product of your company, opens your market to the Hispanic community of the USA and the Spanish speaking community of the world. They will be able to find you in searches if you use the right keywords and multilingual SEO to reach the Spanish Audience.
Call JR Language Translation Company today to grow your sales and improve your connections with Spanish language services.