The Truth About Using Google Translate 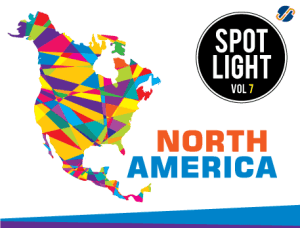 North America and its Wonderful Mix of Cultures

United States, Canada and Mexico are the countries in the region of North America. This region is truly a melting pot of cultures, due to the rise of immigration.  It is a phenomenon to behold even as I sit in my office taking request after request for certified translations for USCIS- immigration purposes.  English translation services from a variety of source languages are increasingly common at JR Language.

You, too, experience this great mix of culture.  Perhaps, as you look around at your fellow classmates in school, or take a stroll through your neighborhood.  When you walk or drive home from errands, there are billboards with displays of people of different ethnic backgrounds.  Turn on your tv, and you’ll see similar images.

The overall picture is clear- the North America region is becoming more culturally diverse, and we must support each group.

As professionals- what can you do to make this part of the world a welcoming and supportive one for all?  There seems to be a lot to consider, among the most important- customer service for non-English speaking citizens.  Great customer service is the life and blood of what keeps all businesses running.  For companies looking to develop a global customer base, an extra layer of multilingual services is needed.  JR Language has helped companies deliver multilingual customer service through phone interpretation, website translations, marketing translations and more.

The revealing statistics below provide a strong argument for how important translation services are to facilitating a strong business-customer relationship.

However, the next following statistics reveal that there is much more work to be done on the part of businesses, to effectively serve a global customer base.

The Corporate World (Top 500 US Companies)

More needs to be done to bridge the language and cultural barrier.  We can start by understanding the immigrant demographics of North America, and overall consumer behavior in each region.

Where are Immigrants to North America Coming From?

Here’s how the overall distribution of immigrant groups looks:

Which languages are spoken in the North America Region?

The best way to reach these ethnic groups is to speak their native language.  It is the only way to ensure these individuals are able to take part in the same services, and enjoy the same benefits as natural citizens do. This means having properly translated and localized websites, paperwork, and quality multilingual customer service.

If you think you can squeak by with an English only website or service, in hopes that any immigrant client will know just enough English to make a purchase- think again!  In 2013, approximately 50% of the  41.1 million immigrants in the U.S ages 5 and older were considered “Limited English Proficient”- meaning over 20 million of them speak English “not at all”, “not well”, or just “well”.  Without providing services and websites in their native language, we risk alienating this massive customer base who are not entirely comfortable with the English language.

The story is similar in Canada where both French and English are official languages. Although a good portion of the 260,000 immigrants that moved to Canada in 2014 indicate English and/or French language ability, over a quarter of those immigrants are not familiar with using either of those languages. 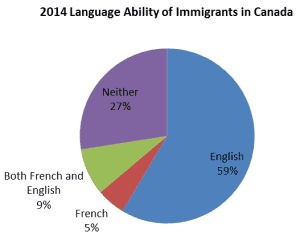 In Mexico people speak predominantly Spanish, but there are other indigenous dialects in use.

We must not forget these individuals who have moved to a new country to settle down and create a better life.  Providing products and services in their native language is essential for this group of people, and for businesses it means winning their trust and developing long lasting client relationships.

Consumer behavior within the countries of North America

There are two factors that are changing the consumer landscape in the U.S; technology advancement and a growing number of multicultural consumers.

Multicultural consumers are fast becoming a significant component of the U.S population.  38% of the total population is accounted for by African-American, Asian American, and Hispanic consumers- that’s more than 120 million people!  This consumer group has ample buying power and unique consumption habits- which makes them a force to be reckoned with for businesses everywhere.

Purchasing power is expected to grow as the numbers of multicultural consumers increases.  The growth rate of U.S multicultural buying power has already outpaced that of the total U.S buying power- from $661 billion in 1990 to $3.4 trillion 2014.  Driving this gain is the young multicultural population- who are media savvy and socially vested.  Here are some characteristics of this Super Consumer group:

Canada, our neighbor to the North, has 34.8 million citizens (many of whom are relatively affluent), and has one of the world’s highest per capita immigration rates- one out of five Canadians was born abroad!

What makes Canada an ideal market for e-retailers?  For starters, internet users in the region number 27 million, that’s 79% of the population who are active on social networks, and Googling on a regular basis.  What’s more, Canada was the 7th largest ecommerce market in the world in 2013 with $21 billion in ecommerce sales!  This figure is expected to rocket up to $42 billion by 2018.

There’s even more thrilling news for prospective merchants- 70% of online purchases made in Canada are from e-merchants outside the country!  What is drawing a majority of Canadian shoppers to cross-border online shopping?  Several factors, including: great deals or sales, positive customer reviews, trustworthiness of the retailer, and greater convenience.  Customer review sites are especially influential on consumer behavior in Canada.

Additionally, Canadians have a relatively high average disposable income and they are spending most on cosmetics, party supplies, and brand name clothing.

On the other side of the coin, businesses in certain regions of Canada can benefit from translation services to increase exports of Canadian products.

Mexico, our neighbor in the South, has a giant population of 123.8 million.  However, with online shoppers of just 15.9 million, it’s clear that the penetration of online shopping in the Mexican market has still a long way to go, but is growing very fast, so there are a lot of opportunities there.  Factors contributing to this include, low average disposable income, challenging delivery conditions and lack of well localized Spanish websites- which makes translation services for Mexico a priority.

Yet, the inefficiency of e-retailing in Mexico is the very seed that produces opportunities for businesses outside of the region.  There is a great demand for U.S brand products in Mexico- the top destination for cross border ecommerce is the U.S which accounts for 87% of overseas purchases from Mexico!  This demand opens doors for U.S businesses to begin building trust in their services and products, by offering Spanish translation versions of websites, multilingual customer service (Mexicans prefer places where there is personalized service!) and working to provide flexible, efficient delivery options.

The future of Mexico’s purchasing power is optimistic.  The number of web customers in the region is expected to double by 2019, and even more importantly- mobile commerce is expected to grow by 40% this year.  This will be a fantastic development for Mexican ecommerce, as the current portion of the population using mobile phones is growing at a very fast pace.

Overall, the North American region has become a true melting pot of cultures.  As we continue to see ethnically diverse individuals settle into the region, the consumer landscape will change as well.  This is a call for all businesses to not only acknowledge this diversity- but to accommodate these consumers with multilingual customer services and localized websites and mobile apps in their language.