Netflix: Reaching the Hispanic Market in the U.S 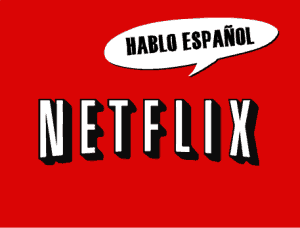 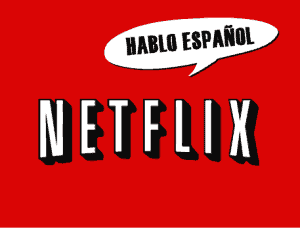 Netflix: Reaching the Hispanic Market in the U.S

Netflix has revolutionized the way we enjoy movies and television shows.  Memories of driving to Blockbuster and lugging home blue and yellow boxes of video tapes are a thing of the past.

Thanks to the innovative and consumer oriented mind of Netflix founder, Reed Hastings,  Netflix offers us a seemingly never ending stream of movies and TV shows  on demand, to satisfy the cinephile and couch potato in all of us- no matter our preferred genre.  “Our [secret] is that the Website adapts to the individual’s taste.”- Reed Hastings.

Over the years, Netflix has taken their business model further- by going Global!  In 2010, Canada was the first foreign country to enjoy unlimited streaming from Netflix.  In the years following, the company entered Latin and South America.   Netflix’s aggressive international expansion campaign has given them a presence in over 50 countries, earning them over 62 million loyal customers.

Now, the world’s number one Internet television network is tailoring its streaming services to reach one of the largest markets within the U.S- the Hispanic population. To reach the Spanish  speaking market Netflix will be using Spanish translation and the creation of multilingual subtitles to reach the Hispanic market and other global markets

Reaching out to the Hispanic Market

This fact has brought about Netflix’s most recent brilliant business move- streaming of more Spanish language content starting this month.  The streams will include a variety of films, specials, classic Hispanic telenovelas and other tv shows.

The addition of more Spanish language shows is shaping up to be a success for Netflix- “Shows that are successful for us in Mexico are now drawing huge numbers for us in the U.S.”- says Netflix Chief Content Officer Ted Sarandos.  This wonderful result echoes the success of Univision, a Spanish language television network that targets Hispanics and Latinos living in the U.S.

2 years ago around this time, Univision achieved a major milestone by finishing first place in viewership among two popular age groups- the 18 to 49 year olds and 18 to 34 year olds.  According to Nielsen, the network managed to beat out popular U.S networks including FOX, NBC and CBS.

The Selling Power of the Spanish Language

These significant successes targeting Spanish language programming is solid proof that the Hispanic market is a segment to watch and analyze.  Additionally, this demographic remains one of the fastest growing of the populations in the U.S.  As Netflix is targeting them by delivering services according to the needs and wants of this growing market, it is already beginning to see the rewards.

What can your company do to serve the U.S Hispanic population?   Like Netflix, you can start by delivering products and services in the Spanish language to target Hispanics.  By speaking their language, you can help your company brand gain presence in this important sector of the U.S population.