Growth Of Chinese Population In The U.S. 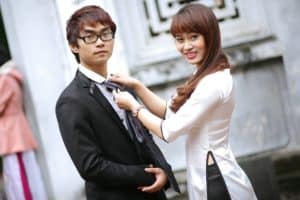 The recent growth of the Chinese population in the U.S. along with the growing potential of the Chinese economy, have propelled the need for Chinese translation and localization services. We often receive training material that needs to be translated into Chinese and then voiced over into Mandarin. The same is true for the marketing of products in Chinese. Due to these developments, it is beneficial to take a look at the Chinese population in the U.S. to understand their needs.

Within the Asian population, Chinese is the leading group

It is no wonder, then, that there has been a growing demand for Chinese language translation and interpretation services in the U.S.  These services are needed for a wide range of purposes to serve this population, from Human Resources, education, business to health care.

Metro areas tend to draw in individuals of not only varying cultures but also ages.  We can conclude that there is great demand for Chinese language services in NY and LA.  We also know that particular attention and research will need to be done on the demographics of the Chinese individuals living in metro areas to determine the appropriate spoken and written form of Chinese to use.  The U.S. population is changing continuously. A few decades ago, NYC’s Chinatown was largely composed of Cantonese speakers emigrating from Hong Kong.  In 1979, the People’s Republic of China came to being, and under its jurisdiction, Mandarin Chinese was taught in schools throughout Mainland China.  Since then, NYC has seen more immigration of Chinese people from Mainland China and thus resulted in Mandarin becoming the “lingua franca”- or common language-of spoken Chinese.

As the Chinese population grows, we will continue to see demand for Chinese language interpretation and translation services for several important needs.  There will be more Chinese families who need quality health care, their elderly well taken care of, and their children to be provided with a good education.   I can attest to this – my family was fortunate to have a professional Mandarin interpreter on hand, when my mother was raced to the ER several years ago.  Having the interpreter’s service, helped make meeting my mother’s needs a comforting process that might’ve otherwise been chaotic.

In regards to education, progress has been made to facilitate clear communication between parents and teachers; for example, the IEP (Individualized Education Program) forms are now available in multiple languages, including Chinese. And, in the business world, language services are also requested for business purposes to tap into the Chinese and Asian markets, as more U.S. corporates conduct businesses abroad.

Throughout the years, JR Language has successfully delivered Simplified and Traditional Chinese translation services as well as Korean translation services among other Asian languages,  for many academic and health care institutions, as well as companies from different sectors in the U.S. to assist in their efforts of communicating with the Chinese and Asian world.