Funny Mistranslations From Around the World 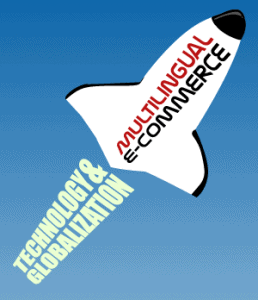 Globalization, innovative technologies and less restricted international trade barriers have paved the way for a new era of commerce. From social shopping discovery sites to mobile shopping channels,  emerging e-technologies have digitized the traditional retail journey over the last decade. Worldwide there is a growing generation of online consumers responsible for $1.25 trillion of 2013 e-commerce sales. With global growth rates around 18%, this digital economy is expected to generate $2.35 trillion by 2017 (Source: eMarketer Jan, 2014).

While the U.S. currently stands as the frontrunner in e-commerce sales, it is expected that Asia-Pacific will top the leaderboards by 2016. Led by China who boasts the world’s largest online buying audience at 130 million, attention has shifted overseas as more merchants big and small endeavor to tap into the global markets through e-commerce platforms. Thanks to economic growth and an emerging middle class, Latin America, is also a viable contender for global expansion. During the 2014 annual convention of the National Retail Federation, Franco Calderon, President of the Latin America Retail Connection urged retailers to exploit the 600 million potential consumers in this region which could amount to over $3 trillion in revenues. 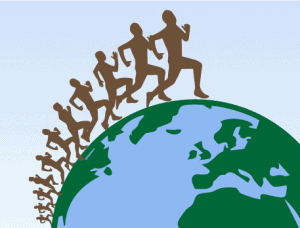 E-commerce moguls like Amazon and eBay have recently made efforts to expand their global outreach. Just a year ago Amazon opened doors to India, making it their tenth marketplace among a list which includes several countries throughout Europe. The various marketplaces have been linked to one another allowing U.S. retails to sell to buyers on foreign web domains like Amazon.co.uk and Amazon.fr, among others. Similarly, eBay has launched its Global Shipping Program which facilitates overseas shipping into 18 different countries (with soon to be more) by automatically including additional shipping fees and customs charges for U.S.-based retailers.

With the growth of global e-commerce, you may be asking yourself what steps to take in order to expand your business. Such a decision requires careful deliberation to address matters like tax compliances, custom requirements, duty barriers, shipping costs, changes to supply chain logistics, and accurate language translations. The success of these global online marketplaces hinges greatly on the retailer’s ability to cater to the language and cultural norms of each individual audience on a localized scale.

The success of such global expansion is achieved through what has been coined “glocalization”. The word is derived from the following: Globalization + localization= thinking to expand globally, yet captivating audiences regionally through precise localization techniques. Thus in order to” glocalize”, it is imperative to seek professional translators who understand how to properly deliver a culturally friendly marketing strategy that adheres to the subtle complexities of the target language. So go global, and in the process be mindful of the importance of local customs and languages in your site.