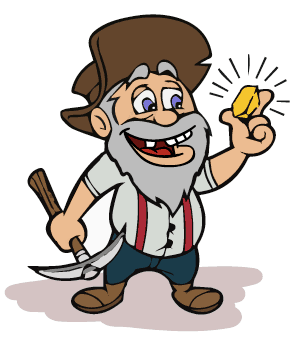 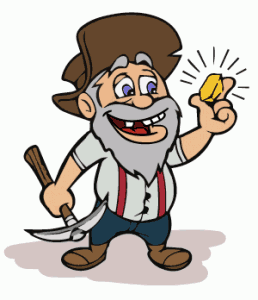 A few weeks ago, we posted a blog asking the question “Is online retail the new gold rush?” The affirmative answer to this question was supported with statistics revealing double digit growth rates in online retail sales during special holidays and events such as Thanksgiving, Black Friday, and Cyber Monday.  The rapidly growing success of online retail has seen American brand retail companies expanding their businesses globally by creating multilingual websites.

The race for online retail ‘gold’ is happening in Europe as well.

The Europe 500 is comprised of 500 of the largest web merchants from multiple countries (not limited to European) dominating e-commerce in the 28 member nations of the European Union.  An article in Internet Retailer(May 21, 2014) announced that the “Europe 500 merchants that sell online across European borders in three or more nations with dedicated web sites are growing nearly twice as fast as the Europe 500 as a whole”.

An increasing number of European online retailers are focusing on customers beyond their home countries, in hopes of increasing web sales.  Hopes and expectations are high if Otto Group’s online sales goals are any indication:  the Germany based retailer ranks no. 2 in the Europe 500, and is hoping to generate 8 billion euros in web sales by 2015.  Otto Group’s online retail website is accessible to customers in several European countries including Russia, France, Italy, Spain and the U.K .(data from Internet Retailer, May 21, 2014)

Otto Group’s international web sales grew by 27.5% in 2013, four times faster than e-commerce sales growth in its core home market.  Do these figures look familiar?  Take a look at these figures for Wal-Mart: Global e-commerce sales increased by approximately 27% in Wal-Mart Inc’s first fiscal quarter of 2014(data from Internet Retailer, May 15, 2014).

Back on the European front, web sales outside of a company’s home country may now account for a significant portion of its total web sales – which is the case for Italy based company, Yoox.  In 2013, Yoox enjoyed a 21.4% increase in European sales outside of Italy.   Those sales account for nearly half- 49.2% of Yoox’s total web sales.(data from Internet Retailer, May 21, 2014)

These are just a few examples of the current gold rush exhibited in the world of European online retail.

You can see from the statistics, the power of multilingual websites in reaching new markets and boosting web sales.  With the process of creating such websites becoming more efficient than before (thanks to advanced multilingual solutions like Global Business Connector and Atlas Real Time), it is safe to say that Europe’s race for online retail ‘gold’ is only beginning.