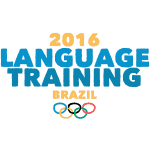 As the host of two of the biggest sports events in the world: The World Cup 2014 and the Olympic Games 2016, there is no doubt that Brazil has become the sports capital of the world and that all eyes are now on them.  With the recent media attention on the interpretation fiasco South Africa has been facing, Brazil will train 110,000 staff members to provide the best language services possible at the Olympic Games, in efforts to avoid such problems.

Despite being an important emerging market with many companies wanting to enter, Brazil ranks 38th in English proficiency with very few English speakers outside of the major cities. In efforts to change the English language deficiency in Brazil, Carlos Arthur Nuzman, president of the Rio 2016 Organizing Committee, has decided to hire EF Education First to train their staff. In addition to the 110,000 staff members, they will train 900,000 others, namely volunteers, contractors and Brazilian school children. According to Nuzman, this initiative will not only be beneficial for the sports event but, will also benefit the trainees in their future lives and professional careers.

The Value of Language Learning

Language learning is important and takes a central role in this globalized world we live in. If you didn’t do it in school or simply can’t afford to train your employees, it is good to know that there are professional interpretation, translation and localization services like JR Language that can help you communicate effectively with your target audience.