Dubbing and Subtitling: A Quick Guide

Dubbing and Subtitling: The Battle Of The Voices 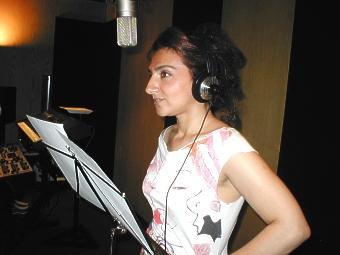 While reading the latest issue of Multilingual magazine (Oct.2012), we found an article about dubbing, written by Jacques Barreau, vice president of dubbing and subtitling at Warner Bros. We decided to write a post about the subject because we have received several dubbing/subtitling projects lately and we find that it is sometimes difficult for clients to grasp the importance of having the appropriate voice talent not just someone who can “speak” the language. Jacques knows this all too well having traveled the world to guide new markets in their dubbing efforts.

Here are some key elements we wanted to highlight from the article that will ensure the best dubbing outcome:

1. Voice Talents– While actors with a background in theater can perform several voices, they may not be familiar with or even comfortable working with dubbing techniques. They should be the first choice especially in markets that are new to dubbing and where voice talents are scarce.  Training these actors in dubbing techniques will ensure a fast dubbing process, lowering studio time and cost.

2. Technical Elements– Music and film sound mixing are not the same techniques. This could represent a problem in countries with little dubbing experience. Fortunately, music is universal and the equipment is already there but, with music you only have to take into account the music itself whereas in films, elements such as character movements and special effects come into play.

3. Cultural Elements– In an English to Spanish translation there is approximately 20% text expansion. If that represents a problem in paper, imagine the consequences in lip synchronization for a dialogue. If an English speaker says “Let’s eat”, an option could be: “Vamos a comer”. Try saying that out loud with a partner or even recording yourself and you’ll notice that the Spanish takes a little longer. The translator will have to come up with something like “Comamos”, to make it work.

There is one aspect in which I don’t agree with the author: the complete localization of the cultural elements (for example, the localization of jokes: taking the elements of a joke and adapting them to the reality of another culture). I still remember as a kid watching the dubbed versions of Punky Brewster, Alf, Baywatch, Knight Rider, Bewitched, etc. But it wasn’t until I was older and had the opportunity to rewatch them subtitled that I really understood and appreciated their cultural value. I was able to learn and understand a second language by making connections between the written and the spoken words and I was able to learn their cultural references and enjoy them as if they where my own.

A complete localization of the cultural references will let you enjoy a program in your native language but it will limit your knowledge of the original culture. For this reason, I prefer to localize only elements that might be offensive to the target audience.

Dubbing and localization are processes that allow people to have access to and understand information that would be otherwise missed. Knowing what the goals of the project are and implementing the right resources for the job will ensure a successful outcome and an appropriate preparation of your content.