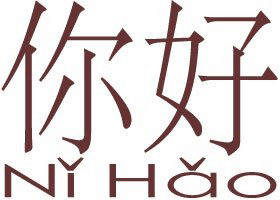 Chinese is the most used language in the world.  It is spoken in numerous Asian regions, in addition to several more regions containing Chinese communities.  The Chinese dialect is broad in variety, and complex in term and vocabulary formulation.  In addition to its dialect, Chinese writing is just as complex stylistically.  Being so complex, the Chinese language lends itself to several unique difficulties for Chinese translators and interpreters.  Contributing factors that complicate the translating and interpreting process are geographic and demographic.

First, let us take a look at the basics of written and spoken Chinese.

There are two versions of written Chinese: Simplified & Traditional.

Most Chinese people are able to understand the majority of both traditional & simplified Chinese.  They are, however, likely to be more comfortable with one version over the other.

Mandarin is the most widely used dialect, and is considered the “common language”.  Many Chinese speak Mandarin, in addition to their local dialect.  During vacation in Taipei, I noticed several citizens were fluent in Hokkien (Taiwanese language) and very familiar with- if not absolutely fluent in speaking Mandarin.

There are a few elements that a translator must be aware of while working with the Chinese Language:

Chinese dialects do share the same written characters.  However, these characters do not always carry the same meaning for all dialects.  For example, the Chinese character for “house” in Mandarin is 房.  In Cantonese, 房 means “room”.  In addition, the use of Chinese characters differs across dialects.  The common form of saying “thank you” in Mandarin is “xie xie”, written as 謝謝.  The common way of saying “thank you” in Cantonese for a gift, is “do jeh”, written as 多謝.  Concluding a thank you note to someone fluent only in Mandarin with “多謝” will read as “duo xie”- which will seem oddly amusing to the receiver’s ear, but inaccurate.

By recognizing the issues discussed above, translators delivering Chinese translations will not be overwhelmed when beginning their work.  There are helpful, important steps a translator can take to ensure the final document/service is appropriate for the client.  The first crucial step for a translator is to work closely with his or her client to determine the target market or audience he or she is translating for.  Afterwards, the translator must accurately identify the proper written form to use in a written/printed document.  For interpreters, they will need to determine the proper dialect to use.