Elements for a Great Interpreter 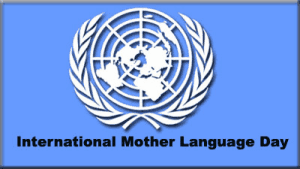 The UN celebrates English Language Day annually on the 23rd of April.  This date was chosen in commemoration of the birth date of the influential English playwright and poet, William Shakespeare.  To celebrate the English language, all United Nations staff takes the opportunity to attend a series of events and activities that entertain, inform and enlighten.  Book signings and readings are held at the UN bookstore, featuring American authors.  Poetry exchanges take place, also in honor of “National Poetry month” established by the Academy of American Poets.

A “Linga Franca” of Modern Times

English is often referred to as the “lingua franca” or the common language of the modern times because it is so widely spoken.  Among the top three most spoken languages in the world, English is spoken by over 300 million people as a first language, and by another 300 million or so as a second language. English has status as an official language in approximately seventy-five countries.  In populations of the world where English is not often spoken, demand for competency in the language is on the rise.

A Big Thank You to our Translators and Interpreters

JR Language Translations joins the United Nations in celebrating UNESCO English Language Day.  With the English language increasing in demand for a wide variety of translating needs, high quality translation services and interpretation work is a necessity for  our clients.  We take this opportunity to acknowledge and extend our heartfelt thanks to our translators and interpreters for their hard work and quality services.