The Sacred Preservation of Language

What Latinos Look for When Surfing The Web

Translation: How to grow your Tourism Business 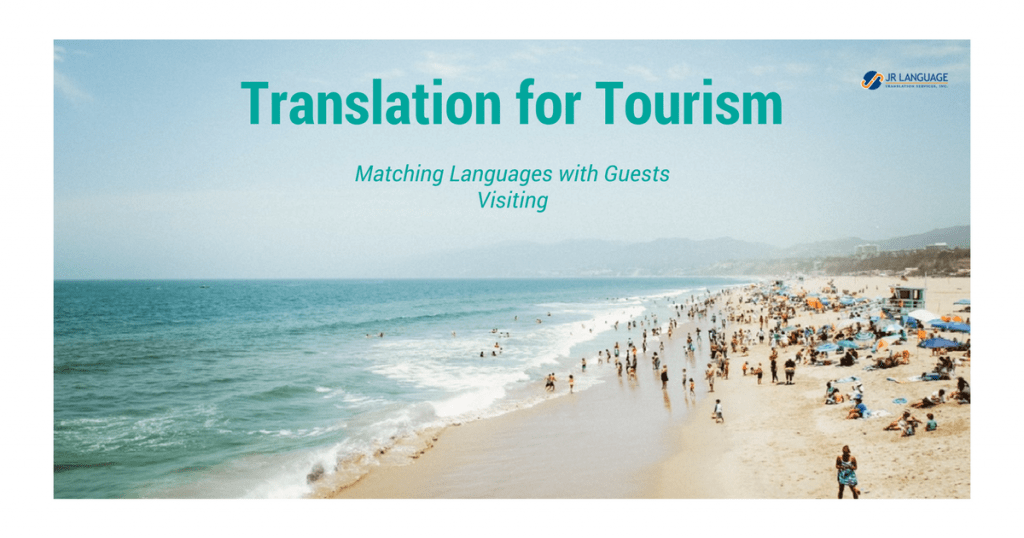 The Importance of Having Translations Ready for Tourists

A trip to Niagara Falls on any given day will give you a view into the face of travel and touristic habits in America. There are a few things you will notice always; a bus full of Chinese tourists, people from India alongside their families, and groups of various Spanish accents ranging from Spain to Mexico and tourist from all around the world. It is no secret that American tourist attractions draw very diverse crowds. But what is a secret, is whether or not the most popular places to visit in America have signage, booklets, brochures and other related documents translated and ready in languages that represent their diverse crowds.

“Who Needs Translation, It’s Just a Trip to a Park Right?”

Tourist attractions are simply the destination, everything from the travel agency or website to the destination should have translated material that makes the travel experience not only seamless but most of all, memorable. This includes, but is not limited to: the airlines, airports, hotels, car rental companies, attractions, excursions, and most importantly transportation.

Imagine for a moment what would happen if a customer had to use a web based translation tool to translate your terms of service, or customer agreements. If you have any experience with tools like Google Translate, you know that the result is pretty rough to say the least. Leaving legally binding documents to the whim of a translation tool like this will leave both parties at high legal risk, as the customer does not fully understand what they are signing

For example, a hotel who charges a $200 surcharge for smoking in a room will likely anger Mr. Tanaka when they add such a surcharge to his bill. The hotel completely disclosed the surcharge on an agreement signed at the counter, which was completely in English when Mr. Tanaka is not a native English speaker. Tanaka is now a disgruntled, non-returning customer.

Worse cases can occur, such as unclear signage, and not all the customers get the information they need to enjoy their stays or visits at attractions and events. Even though USA is a popular destination, we need to prepare better to accommodate and inform our non-English visitors.

Take two very different tourist destinations, Niagara Falls and Old Montreal. It is a fact that Montreal is quite adamant about the preservation of French as the exclusive language of the province of Quebec in Canada. However, when visiting a touristic church in Old Montreal I was very impressed in finding a table with reading material in a wide variety of languages, including Spanish and Japanese. Certainly this small church knew that it was attracting people from more than just the United States and prepared beforehand to educate the public on the rich history of what is a remaining testament to the French culture of Old Montreal. Niagara Falls on the other hand, did not have such literature readily available.

Would it stand to reason, that Niagara Falls has a larger following than Old Montreal? Would it stand to reason, that the consistent presence of Chinese, Japanese, Korean and Spanish-speakers would merit the presence of these languages in information stands throughout the entire touristic area? The only words I saw that were in multiple languages were “Bemvindo, Bienvenido, Welcome, etc”. It is imperative that a rise in diverse tourism is met with a rise in diverse languages being readily available through the use of translation services in Canada.

Who is Coming Over? In what languages should we invest?

According to the International Trade Administration, in 2015 spending to and within the U.S. totaled to about $246.2 billion! Travel exports in that same year ranged from $8.1 billion to $30.2 billion from a wide variety of countries, predominantly from Western Europe, North America and East Asia. The chart below shows that the five most cost driving languages to invest in are: Chinese, French, Spanish, Japanese and Portuguese. This is obviously excluding English, which is spoken in the U.K, Canada and Australia. 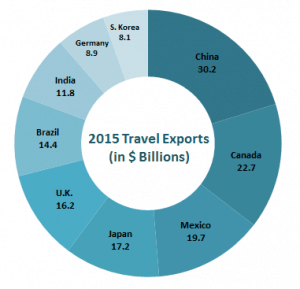 The reason we mention those languages and profitability is that there is almost a direct link between visitors and spending habits. Although the chart below shows that travelers from Canada and Mexico visit almost 20 times more than the Chinese, the latter actually spend the most when coming here. 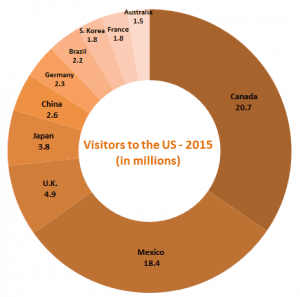 Given the overall data, Chinese, French (Canadian) and Spanish translations of all key materials should be top priority for all American tourist attractions. But there is one particular state, where these languages are indispensable, and that is Hawaii!

Chinese Tourism and the Opportunity Cost of this Growing Market

Hawaii Business reports on their website that Chinese tourists are coming in waves and the tourism industry was not ready for a clientele that was entirely different in language, culture, and temperament compared to American and Japanese tourists which they were used to.

Important Findings about Hawaii visitors (based on Hawaii’ visitors report 2015 from hawaii.gov)

Visitor’s patterns change due to factors including economic state, current events and new trends. Hawaiians have seen a change in visitor demographics and need to adapt by offering their international tourists translations of all tourist information into their native languages. Moreover, this change requires that guided tours and excursions be conducted in those native languages- with the help of a professional interpreter who is skilled in both English and the native language required.

All states must be prepared for the inevitable shift in their visitors’ demographics by making sure that all tourism related content is translated from English to the native language of their visitors.   Think of your tourists as one client that returns to you for your services each year with different needs, and those needs happen to be languages.  Pay close attention to which languages should be given first priority by making sure that any increases in language demand be addressed in your travel and tourism translation plan.  For instance- are there more Japanese tourists visiting your state resorts this year than last?  If so, begin planning for Japanese translation services to ensure that this demographic is effectively reached.  This is a crucial step that will leave you with satisfied tourists no matter which country they come from.

Invest in your business and attract tourists by using our translation services to better serve our growing tourist market. Ask for a free quote today for your tourism translation request and get your website, menus, pamphlets and signage translated and you will be well on your way to becoming the preferred destination of your next non-English speaking guest!