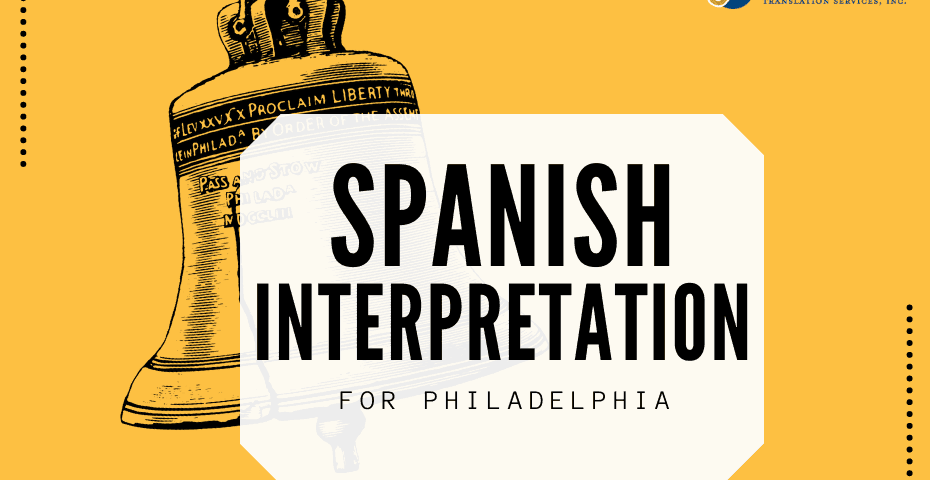 Be mindful of the Spanish Interpretation needs in Philadelphia

Philadelphia and its history are crucial to the identity of the United States. Many major political events have happened in Pennsylvania’s largest city, like the signing of the Declaration of Independence and the Constitution, both in Independence Hall. Philadelphia is a city of first-time events in the United States, such as the founding of the first medical school in the nation. Thousands of doctors today still train at the University of Pennsylvania’s Perelman School of Medicine. ENIAC, the first general-purpose computer, was built in Philadelphia. The area is also known for its art in public and private spaces, its top-notch academic scene, and a thriving business sector that sees more multilingual people joining every year.

People of Puerto Rican heritage make up the majority of the Latin/Hispanic population in Philadelphia, followed in number by Dominicans. Spanish interpretation services are in high demand in Philadelphia for immigration interviews, depositions in litigation and for business purposes.

As of the 2010 census, there were almost 188,000 Latin/Hispanic people in Philadelphia itself. Make sure you are supporting this growing demographic by providing professional Spanish interpretation services for your business, whether you need help communicating with investors coming from Mexico to see your warehouse or if you have training to deliver to your Spanish-speaking employees.

Consecutive interpretation is a form of interpreting in which the speaker and interpreter alternate, with the interpreter listening until the speaker pauses for the interpreter to translate the speaker’s message into the target language. This method is more accessible but can take more time. It is used mostly within small groups or conversations between individuals and works for formal or informal functions.

Phone interpretation is quicker to set up and is budget-friendly, and is ultimately consecutive interpretation over a phone line. This method is often useful during medical and dental appointments can support certain business situations.

How is Spanish Interpretation Used?

Interpreting Your Message to Philadelphia

To have an effective impact on the Hispanic market in Philadelphia, it’s important to clearly and fully communicate your requirements to your language service provider, so they can be familiar with your needs. Every project is important to us, and we take pride in providing the best Spanish translations and interpretations for our clients, as well as language services in over 100 other languages.

Contact JR Language today to tell us about your language needs and get a quote for your Spanish Interpretation project.