The Need for Translated Documents in a Globalized World 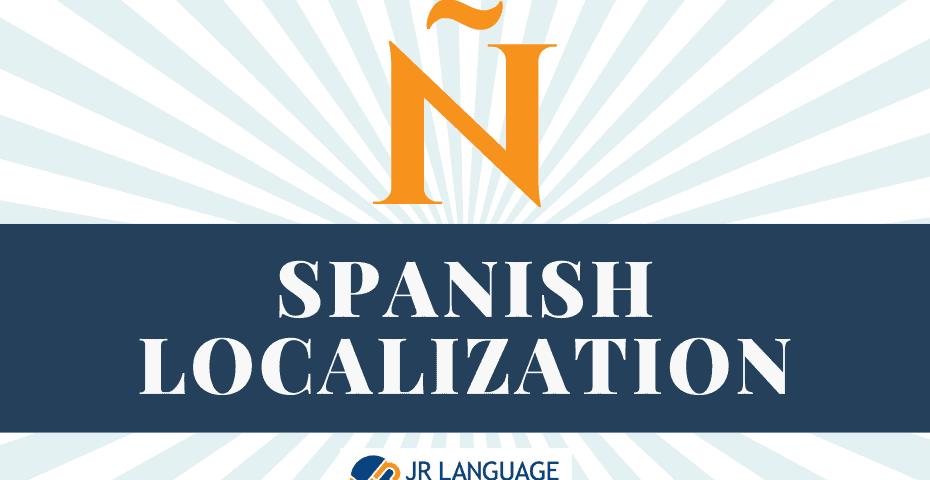 The Importance of Spanish Language Localization

Language is a unifying force in communities and cultures. Even with the native English speakers of the United States, there are vocabulary and colloquialisms that are particular to specific areas and add to the culture and pride of the area.

This is also true for your Spanish-speaking audience. Though Cuban-American and Mexican-American may both speak Spanish, there are differences in their dialects that add to their identity and culture.

Let’s discuss the differences among the dialects and the impact of localizing can make on your Spanish translations.

Localizing Spanish Translations for Your Audience

Spanish is one of the most widely spoken languages in the world, with over 400 million speakers scattered across the globe. But this language is not a monolith; there are dozens of different dialects that vary by region. While speakers of each dialect are still able to understand each other and communicate, there are both subtle and obvious differences that are of great importance when marketing or communicating to a specific audience.

Spanish is the official language in 21 countries, the third most common language in the world after English and Mandarin. And the numbers are only growing, with 530 million Spanish speakers worldwide predicted by 2050, and 100 million US residents speaking Spanish.

To translate English into Spanish is not just a matter of language proficiency. Across the world and even within the US, Spanish dialects vary greatly by region. This means businesses providing English to Spanish translations must understand their audience. To communicate in Spanish to an audience at an international or local level, the translation services provider needs to know the specific city, state, or country to localize your documents.

Because the language varies from dialect to dialect, a Spanish translation may be technically proficient but culturally inaccurate or worse, insensitive. A good Spanish translation services company is versed in the cultural context of the areas where your audience lives and has different teams of translators to manage the translated content.

To assess and complete a translation project, understanding the audience and where and how content is going to be used is crucial to determine the type of Spanish to use during the translation phase.

As a general guide, we can say that there are four main categories in which the Spanish dialects fall under. Each dialect is driven primarily by geography, and a good translation agency is intimately familiar with all of them.

Also known as Global or Standard Spanish. Translation of documents into Neutral Spanish ensures the widest possible reach for a Spanish speaking audience, regardless of their preferred dialect.

For example, a product manual to be used in the US and around the world is a good example to use Neutral Spanish. Even understanding the region of where it would be most used can helped the choice of word and vocabulary for that Neutral Spanish.

Neutral Spanish translations work well for a wide audience of Spanish speakers over a variety of dialects to get a message or information out. Translations from English to Neutral Spanish usually read as formal,  since that will be the preference to reach all the audiences.

Also known as Castilian Spanish or Peninsular Spanish, this dialect is spoken within Spain. Spanish document translation into this dialect specifically speaks to residents of Spain. Content that is translated into Neutral Spanish for broad appeal should be localized down to European Spanish, or even further down by region to market in Spain.

Spaniards prefer to read information in their primary dialect, and localized content will have a bigger impact than a Neutral Spanish translation. Spaniards often consider the Spanish spoken outside of their country to be impure. The expanse of the Atlantic Ocean between the Europe and the Americas caused the two dialects to evolve differently over time. There are many basic similarities, but also many more marked differences in pronunciation and vocabulary between European and Latin American Spanish than you would find among the dialects found in the Western Hemisphere. Localizing your translations ensures you won’t have a grammatical misstep.

The most well-known Latin American dialect is Mexican Spanish, which is a mix of the language of the conquistadors and the indigenous languages that already existed, particularly Nahuatl. Even within the country, Mexican Spanish is not homogenous and varies from region to region.

All Spanish translations fall under one of the four categories listed above, Neutral, European, Latin American or United States. However, these categories are not comprehensive of the entirety of Spanish dialects. Within each category, regions have created specific words, phrases, and conjugations that foster a sense of community. There are 10 Spanish dialects in Spain alone, to say nothing of the vast regions of Latin America and the US.

Your translation company will help you determine whether Neutral Spanish or a specific, localized dialect is the best route. Is your audience located across Latin America, or specifically in Costa Rica, Cuba, or Colombia? Are you talking to residents across the US, or just within Florida? Do you need to speak to both Spaniards and Mexicans? What’s is your budget? What are your goals? Understanding the needs will help present the options, One can be translating for Mexican Spanish and after localize the Spanish translation for Spain.

Your professional translation company will help you create the most accurate versions of all of your documents. Creating multiple, localized versions helps your audience feel seen, heard, and respected. Few things can connect you to a culture like speaking the language well.

Why Localize Your Spanish Translations within the USA?

As explained, Spanish is not a homogenous language across the world, and localizing your translations is a crucial step to making your audience feel understood by your company. It also prevents misunderstandings, elements that can be considered grammatical errors, and cultural missteps.

One of the fastest-growing segments of Spanish speakers in the world is within the US, with over 43 million people speaking the language at home. Even businesses that the only market domestically can benefit from providing English to Spanish translations for their audience.

But the US, cultural melting pot that it is, provides a unique challenge for Spanish translation because of the intersection of dialects from around the world. Here, over 20 Latin American dialects meet and mix with European Spanish as well as US media influences, resulting in 5 identified sub-types of US Spanish; Mexican, Caribbean, Central American, Colonial, and Spanglish.

Geography also has an impact on the population densities of Spanish-speaking communities. Spanish spoken in New York is different than Spanish spoken in Laredo, Texas, or Los Angeles. Geographically targeted language translation services are a must for marketing campaigns trying to reach Spanish speakers in the US. One simple step any company can take is to offer a Spanish website translation so users can choose their preferred language.