The Importance of Language Services during COVID-19 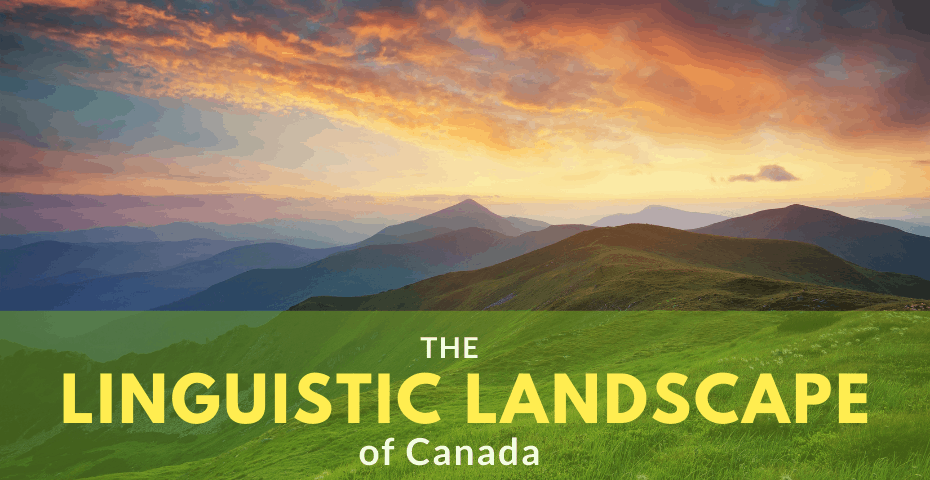 Canada is home to over 37 million people and has two official languages: English and French. While many residents speak more than one language, there are over 200 languages spoken throughout the country. Indeed, so vast is the language landscape across Canada, that 17.5% of Canadians reported speaking at least two languages at home in 2011. With a large influx of immigrants over the past decade, Canada is linguistically and culturally diverse. Language services are needed at every facet of society, from government and business translations to translation services to support immigration and education to medical translation and interpretation.

Canada has one of the highest immigration rates in the world. Immigration not only brings important population growth, but carries a diversity in the language, culture, and traditions to the country. In 2019 the bulk of immigration came from Asia, with a large number from India, the Philippines, and China.

In 2018 Canada ranked as the tenth-largest economy in the world, trading goods and services around the world. There is no surprise that there is a growing demand for translation services for multiple types of media, from websites, manuals, training material, as well as interpretation services for meetings and training sessions on-site or remote.

The federal government of Canada holds a policy of “linguistic duality” which is defined as “two linguistic majorities cohabiting in the same country with linguistic minorities across the country.” English and French are spoken by the majority of the population, and their usage stems from the colonial history of the country, which saw both England and France occupying Canadian territory until the French ceded their colony claim in 1759.

Duality was written into law over 100 years later in 1867 with the passing of the British North American Act, which established that both of Canada’s national languages must be “used by members of Parliament, by the federal courts, by Quebec’s national assembly and courts, and in the documentation of their proceedings.”

This duality is most used by the federal government, which utilizes French translation services for every document, communication, memo, and press release. Even the tweets from the Prime Minister account must be sent out in English and French.

Beyond the federal level, the duality of English and French is geographically divided. Most of the French-speaking population lives in the east, in Quebec and New Brunswick, while English dominates throughout the rest of the country. However, in such a diverse country as Canada, beyond English and French, no one language truly dominates.

Other Languages Representations Across Canada

There are over 200 languages spoken through the Canadian territory, but where you’ll find them is highly localized and is a product of the history and the pattern of immigration to the place. In 2011, 80% of people who spoke a language other than English, French, or an indigenous language at home lived in just one of six cities.

Capital of Ontario and home to 2.9 million people, Toronto is the largest city in Canada with a booming economy and propelled by more growth in immigration. Out of its 1.8 million people, 32.3% percent of the city’s population reported speaking a language other than English or French at home, most commonly Cantonese, Punjabi, Urdu, and Tamil. As the 4th largest city in North America, business, government, and educational institutions expand their reach by investing in translation services  in to communicate locally and around the world.

Home to 1.7 million people, 36% of Montreal residents reported speaking an immigrant language at home. 17% spoke Arabic and 15% spoke Spanish making translation into these languages essential. Added to that, Montreal’s businesses translate content from French into English to share information and communicate with the rest of the country that prefers the English language.

Vancouver is the largest city in the province of British Columbia, but the city limits are home to just 675,000 people. Within the greater Vancouver area, 2 million people reside. Of those, 712,000 reported speaking another language at home. The most common languages reported were Punjabi, Cantonese, Mandarin, and Tagalog, with 64% of the population speaking one of these four languages. Our translation services company receives multiple requests for Chinese  translation services in Vancouver.

Located in Alberta and home to 1.3 million people, 21% of Calgary residents reported speaking a language other than English or French at home. 27,000 spoke Punjabi, 24,000 spoke Tagalog, and 21,000 spoke a non-specified Chinese dialect. Alberta is Canada’s largest producer of natural gas and oil. Here in Canada, JR Language worked with many energy companies helping them communicate internally and world-wide.

Due north of Calgary, Edmonton is home to 980,000 people. In 2011, 166,000 people reported speaking a language other than English or French at home, with 47% speaking either Punjabi, Tagalog, Spanish, or Cantonese at home.

Ottawa is the capital, and the government must communicate with the entire country. French translation is essential—thought not the only language that is necessary—to make sure the government is understood by all residents. Ottawa has a twin city: Gatineau. These twin cities on the St. Lawrence River are home to 1.9 million people. Both cities are home to large populations of Arabic, Spanish, and Chinese speakers. Ottawa has a larger population of Mandarin speakers while Gatineau leads in Portuguese. Gatineau and Ottawa are important centers for the translation service industry in Canada, with important providers of software for the industry.

These languages are wholly unique to Canada and an important part of indigenous history. Preservation of these indigenous languages is now highly prioritized and fluency in the languages was up 3% in the 2011 census from 2006. Examples of aboriginal languages in Canada are Cree, Inuktitut, and Ojibwe also known as Ojibway.

Our translation company works on translation projects of indigenous languages where programs are developed to work directly with these groups of the population.

Increasing the Reach of Your Message

With science and technology at the center stage of the economy, our translation agency in Toronto receives many requests for IT translation, requests for websites, and manual translation to expose products and services to other markets outside of Canada.

After a brief review of the linguistic diversity in Canada, we hope to broaden the viewpoint that Canada is a nation of only two languages and show the full picture of the vast scope of its linguistic landscape.

As a nation with two official languages, businesses would be wise to invest in French translations that make their message easily accessible to a majority of Canadians. But there is also the opportunity to dig deeper, depending on where the pockets of your audiences are concentrated.

Businesses in Toronto would be wise to invest in Arabic and Chinese translations, while Spanish translations would be appropriate in Montreal. With over 5 million residents speaking multiple languages, translation and interpretation services are key to reaching new audiences and enhancing the customer experience within Canada.