What You Need To Know About Translating Patents

Prepare Your Hotel Or Inn For A Rise In Global Tourism

Latin America in the Spotlight: The Land of Romance Languages and Cultural Diversity 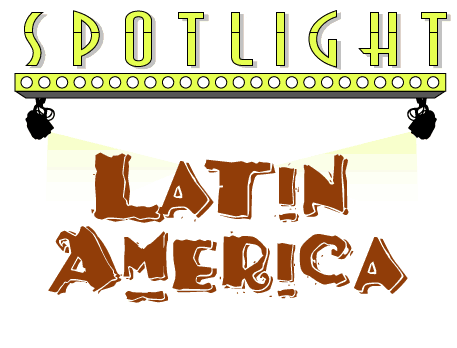 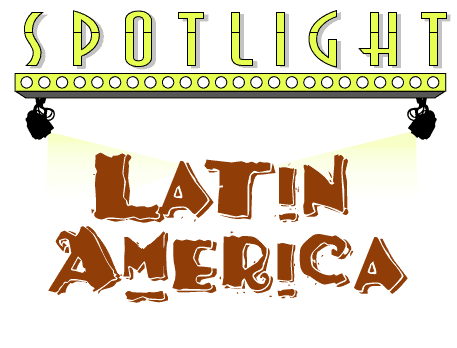 Let’s Debunk the Spanish Myth Once and for All!

Without a doubt, media has a profound influence on how this part of the world is perceived.

Popular singers who’ve crossed over from Latin America, including Jennifer Lopez and Shakira, tend to give a skewed impression that the region consists of only Spanish speakers and cultures.

To debunk this myth and define Latin America, the perfect place to start is by spotlighting the make-up of this region.

Latin America consists of the entire continent of South America, Central America, Mexico, and parts of the Caribbean. It’s a collection of countries in which Romance languages are spoken as a primary language.

Romance languages are a group of related languages including French, Portuguese, Italian, and Spanish. Grammar and pronunciation are derived from what’s known as “Vulgar Latin” — common speech of the ancient Romans; the ancestor of the Romance languages.

Latin American diversity is shaped by the hands of its history, dating back to the early 1500s. The colonization effort by the Spaniards and Portuguese spanned three centuries!

The number of distinguishing cultures and different languages spoken are extremely diverse, like the vibrant array of flag colors you see. 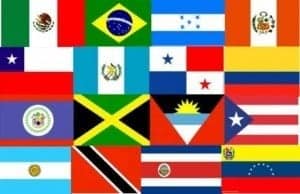 Latin American music comes in many varieties, too — from the simple, rural conjunto music of northern Mexico to the sophisticated habanera of Cuba, from the symphonies of Heitor Villa-Lobos, to the simple and moving Andean flute.

And here’s a chart that displays a summary of the language distribution among the population of Latin America: 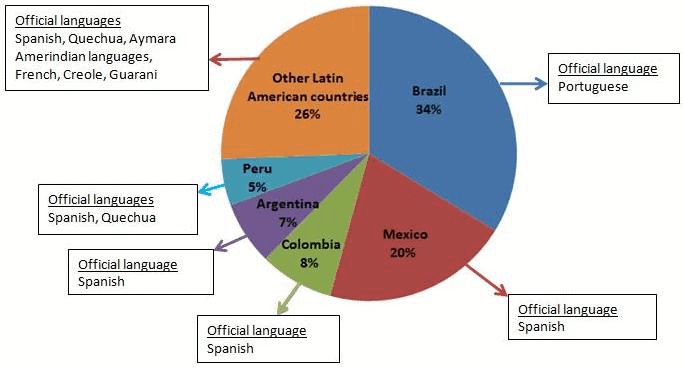 You will see that while Spanish is the official spoken language among over 60% of the Latin population, there are several other languages spoken, officially.

If you were to spend some time in the area traveling from one locale to another, you’d experience the uniqueness and flavors of different cultures. That cultural diversity needs to be addressed when you are trying to communicate effectively with the people of Latin America.

Professional localization services and translation services are particularly crucial to facilitating successful conduct of business engagements in this region.

Stay tuned for our next entry, in which we discuss the numerous business opportunities present in Latin America.