Translation and Interpretation Services in a Crisis 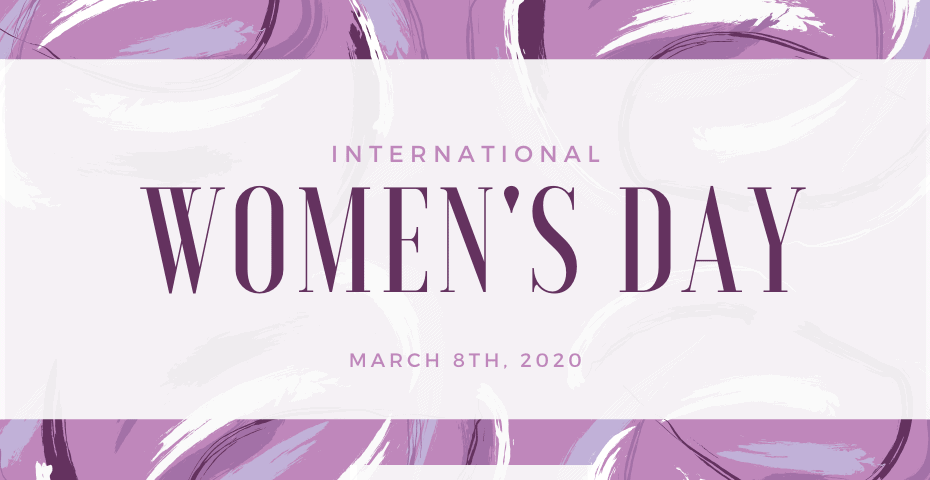 “I would venture to guess that Anonymous, who wrote so many poems without signing them, was often a woman.” – Virginia Woolfe

We Are We, We Are She

Happy International Women’s Day! This season, take a moment to think about the influential women in your life. Think about what you have learned from them, what you appreciate about them, and what you appreciate about the women who have gone before and made this world what it is, in all its pain and beauty, its truth and knowledge. Here at JR Language, we would like to highlight the valuable contributions of the women who have supported our translation company as translators, interpreters, and project managers.

Today, International Women’s Day is recognized as a holiday in many nations, including Uganda, Laos, Cuba, and Armenia. In some areas, like Macedonia, it is combined with Mother’s Day. The people celebrate by honoring and giving gifts to the women in their lives, especially mothers and female relatives.

The history and development of International Women’s Day has not been an easy one. The holiday was first linked with socialist ideals plus women’s issues, then moved to a mostly feminist agenda. In practice, it has been commonly associated with protests and sociopolitical efforts for women’s rights. Such was the case in Russia, 1917. That March, women gathered in protest against WWI and gender inequality, marching in the thousands. Despite death threats from the Czar-headed government, more women joined the cause until the right to vote was granted.

Since 1996, each International Women’s Day has had a theme. 2019’s theme was “Think Equal, Build Smart, Innovate for Change.” 2020’s is “I am Generation Equality.” Each generation of women reaches new milestones and has a unique identity that joins the multicultural, multinational, and multilingual tapestry of women across time and distance.

The translation industry has had a long history in female hands. Historically in many societies around the world and today, career options for women were highly limited. For literate women, translation presented an opportunity for them to use their skills to better mankind, though their work was almost always published anonymously, and many translations are still uncredited to this day.

With that being the case, we will make certain to recognize the names that we know. Read on for a few of their stories.

Say My Name
– Sacagawea was an indigenous North American woman of the Shoshone people. Best known for guiding the Lewis and Clark party through the Louisiana Purchase, she spoke the Shoshone language as well as English and Hidatsa. It was her linguistic, interpersonal, and environmental skills that made it possible for the expedition to survive and reach their destination, the shores of the Pacific Ocean in Oregon.

– Gabrielle Émilie Le Tonnelier de Breteuil, the Marquise du Châtelet is responsible for a comprehensive translation of Isaac Newton’s Principia from Latin into French. An accomplished physicist and mathematician in her own right, her work is not only still the most used translation today, but she also added extensive commentary and accounts of her own findings. The translation was published in 1756 after she died during childbirth.

– Gili Bar-Hillel is an Israeli translator responsible for translating the Harry Potter books that have charmed millions worldwide into Hebrew. She is an excellent example of someone who knows how to localize a translation effectively. Harry Potter and the Order of the Phoenix contains a Hanukkah song in place of a Christmas song. The change fits in effortlessly and resonates with the intended audience.

– Chi Pang-Yuan, a professor of English at the National Taiwan University, is known for extensive translations of Taiwanese works from Chinese to English. Some of them are the only known translations and the only window into that world for the West. She built the Department of Foreign Languages and Literatures at National Taiwan Chung-Hsing University and has also taught in Berlin and Hong Kong. Her memoir, The Great Flowing River: A Memoir of China, From Manchuria to Taiwan, was published in 2018.

– Wangui wa Goro has been instrumental in promoting and spreading works translated from African languages like Swahili, which is spoken in her native country of Kenya. She is an activist for literacy and human rights, founding TRACALA, the Translation Caucus of the African Literature Association. In 2001, Wangui wa Goro co-authored Global Feminist Politics: Identities in a Changing World with Suki Ali and Kelly Coate. Today, she is a sought-after speaker and guest teacher, as well as a board member of the Executive Board of International Association of Translation and Intercultural Studies (IATIS).

-Fernanda Pivano. An anti-fascist Italian journalist and writer, Pivano translated many works of authors like Ernest Hemingway, Allen Ginsberg, and Charles Bukowski, often working directly with the authors. Pivano’s work is an excellent example of where journalism combines with translation, converting information into another language, a precise, challenging process.

Our Translation Company is proud to continue this tradition of women influencing language as part of the thought process of humanity. We are a woman-owned company and have a strong female presence in our staff, from project managers to linguists, designers, customer service representatives, bookkeepers, and interns. Our team of professional translators and interpreters include women in and from Brazil, Venezuela, Puerto Rico, Argentina, USA, Germany, Canada, France and more, making us a multilingual, multicultural and multidisciplinary and international group of women.

It is JR Language’s greatest hope to foster the development of a world we can be unreservedly proud of. We aim to join cultures by promoting multilingual communication. Language is the medium by which we express our thoughts, ideas, and desires. Language Translation and interpretation Services are the media by which we make that possible across the world.