In the Spotlight: The Language of Australia 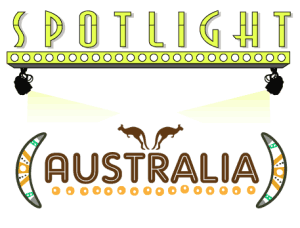 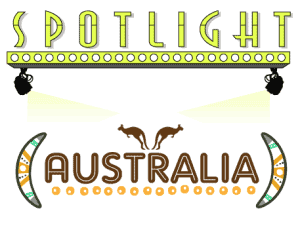 To do business in Australia- Knowing English is not Enough!

Graced with striking scenery and the title of being the 12th largest economy in the world, Australia is an attractive destination for global business.  In fact, it might already be on your list of target regions for your next marketing campaign.

After all, there shouldn’t be a language barrier since the official language in Australia is English- you’d fit right in, wouldn’t you?  If you flew in to your first meeting at Perth tomorrow morning, you’d be more than prepared to land that business deal- right?

Do not let the fact that English is spoken as the main language mislead you into believing that you’re prepared to communicate fluently with Australians!  Culture and etiquette  are big influencers of how a region’s inhabitants communicate and behave, and each region (and regions within) is unique.

So before you plan that business trip, let’s start with a general understanding of the nation’s language, culture, and working environment.

Culturally, Australia is blessed with a rich variety of individuals from different backgrounds.  Immigrants from close to 200 countries call Australia their home.  This medley of cultures results in an assortment of more than 300 spoken languages in the region- some of the most common being Arabic, Italian, Mandarin and Cantonese.

The Uniqueness of Australian English

Australian English, the national language, is delightfully known for its colorful, animated vocabulary and phrases.  Among the well known AusE phrases are “G’Day, Mate!”-  Hello, Friend! , “How are you going?”- How are you?  Commonly used in greeting.  These are easily interpreted phrases.  There are, however, plenty of less discernable AusE terms including the following:

You must localize your American English content to Australia!

Business culture in Australia is as unique as its language. Professional environments are casual and relaxed, with sense of humour sprinkled in.  Work is, however, taken most seriously.

On one hand, Australians hold firmly the belief that one’s work speaks louder than words- hence great work and professionalism are  a high priority.  On the other hand, speaking about your achievements, higher position, title or status, will be negatively received.   Modesty is respected and faithfully practiced by Australians, so don’t be put off by how much they may ‘undersell’ or downplay their own achievements.

Get to the Point!

Because you are dealing with serious business people, the best way to communicate in Australian business environments is to be straightforward with your counterparts.  Get to the point!  Keep the salesmen language to a minimum- or avoid altogether, and answer questions directly and succinctly.

Australia ranks consistently among the strongest economies in the world.  When doing business in one of the world’s most culturally diverse nations, it is important to know and respect your clients and business counterparts by making language localization an important activity of your business endeavors.