A Sea of Languages: The 2012 Olympic Games

Henrik Rummel: A Language Hero Rowing Towards the Gold 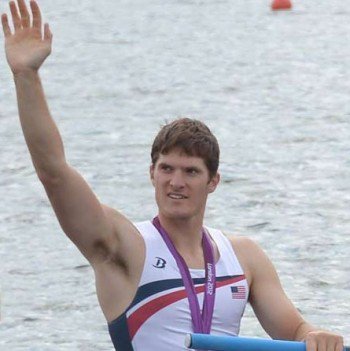 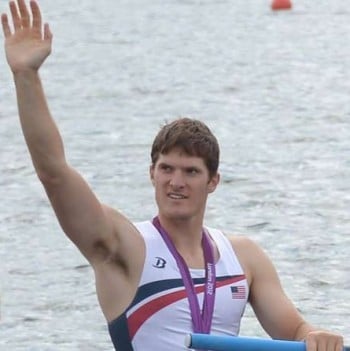 Exuding excellence in and outside the water, Henrik Rummel will be one of the local Rochester athletes representing the U.S. in the 2012 London Olympic Games. This Harvard grad was born to succeed. With a military doctor mom from Denmark and an American dad, his parents always supported him and encouraged him to be better each day.

He was born in Copenhagen, Denmark, and spent many of his early years moving around the Scandinavian countries. As an eighth grader, in 2000 Henrik moved to upstate New York when his father was transferred to work in the Xerox headquarters in Rochester, New York.

With so many international moves under his belt, he has become an expert at adjusting to new cultures, values, and languages.  Although his move to the United States could have easily been filled with difficulties, he quickly mastered English and began thriving in his new found passion of rowing.  Rowing changed his world and his goals. He jumped over many hurdles to acclimate himself within a mostly English-speaking country—now Henrik’s seemingly hectic childhood has proven useful as he is able to speak English, Danish, Swedish, German and some French.

Henrik has represented the US in multiple international events, earning a spot on this year’s Olympic men’s four rowing team.  Amidst his demanding training schedule, Henrik was kind enough to give us a short interview. Here is what he had to say:

–          How did sports help you adapt to a new country and how did it help you in the process of learning a language?

The best benefit I gained from sports was getting a group of friends. Coming to a new school was very difficult for me, and I had a tough time adapting to the cultural barrier at first. It wasn’t until I started rowing that I began making lasting friends and feeling like I belonged in America. The language barrier wasn’t a big problem for me, because I spoke English pretty much from birth, and had spent three years at an international school in Sweden before coming to America.

–          Has it been socially or academically beneficial for you knowing more than one language? If so, explain how.

One of my first long lasting friends in America was another Dane, so I think in a certain respect it helped knowing another language in that I could find someone quickly that I could relate to and had something in common with. Other than that I wouldn’t say it has helped me socially to know more than two languages. Academically, it was definitely been good for me. Languages have come easily to me, specifically because I grew up speaking two languages, essentially from birth. I think it helps because as a child you essentially have two vocabularies, and you are constantly thinking and interacting in two languages. From this respect it has increased my ability to pick up even more languages, and has helped me dissect words in English that I might not have known if I approached it from a purely American background.

–          If you ever have kids in the future and they have the opportunity to learn any language, Which language would you prefer they learn? Why?

I definitely want my future kids to speak Danish. I think it is important to have a second language, and to have that language early. I cherish my Danish heritage and I think speaking Danish is a great way to feel a connection to where I came from. However, in certain parts of the world it is important that there are two specific languages that you know. In Southern California, where I’ve been living for the last two years, it is important that people speak Spanish and English. I don’t speak any Spanish at all, but because of the proximity to a Spanish speaking country, this is a language that I would want to know if I grew up there. The same goes for many regions of the world where they essentially have multiple official languages.

–          How has your life (living in other countries ) and language skills helped you in your quest to get to the Olympics?

As a person who has traveled internationally to race every year since 2003, except one, it has been important in getting around at a competition site, or speaking to competitors. It is helpful to be able to communicate, even if just partially, in the language that you are racing in. I look forward to speaking to some international Olympians in London!

Thank you, Henrik for sharing your experience with sports and language in the international arena. We at JR Language wish you the very best at the London Olympics and in any other future endeavor! You are a true global model of perseverance and success.