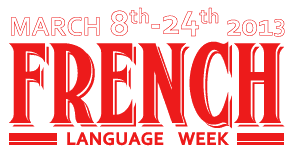 Different countries start French Language Week on different days, some on Mondays and others on Sundays. Due to this difference, the festivity starts on March 8 and ends on March 24. International French Day is also celebrated on March 20th. UNESCO also set this day as the UN French Language Day because it coincided with the 40th anniversary of the International Organization of La Francophonie in 2010.

JR Language joins the celebration with special recognition to our French translators from France, Canada, Africa, and all over the world. We thank them for their hard work, professionalism, and expertise, which allows us to deliver high-quality French translations to our clients every day of the year! Their wide range of subject matter expertise make us the first translation option for business clients and individuals for their legal, marketing, and technical translation needs.

Let’s celebrate together with the 200 million French speakers worldwide. Let’s promote the francophone culture and the beautiful language of Camus, Voltaire, Hugo, Dumas and many other great writers, artists and of course- our outstanding, professional French Translators!