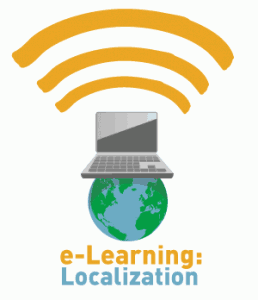 The goal of localization is to make the course appropriate and useful to each target audience.  A translation of the course is not enough.  Adaptation is key and there are three levels of adaptions involved in the localization process.

This process involves making the course content understandable and acceptable to a specific culture.  This requires a thorough understanding of the target culture, regarding but not limited to- the following elements:

And with localization, we’ve made our e-learning course suitable for each target culture to use.  Our analogical “house” has been well furnished and decorated, and ready for the person/group to move into.