Are You Missing Out On The Growing Hispanic Market?

Do Names and Titles Need to be Translated? 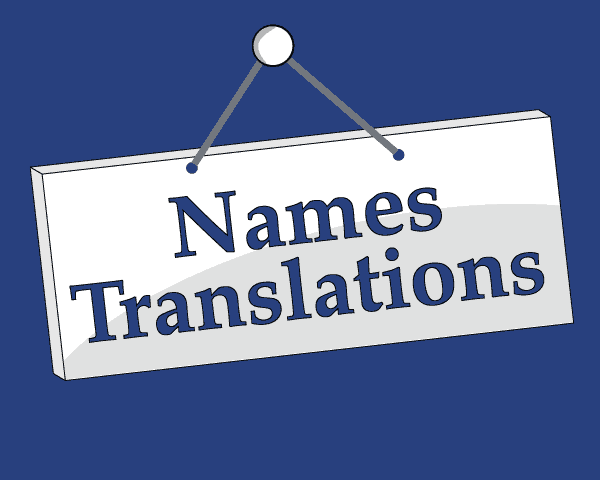 What are the rules for Translating Names and Titles

When I first joined the translation industry, I came in with plenty of misconceptions- names & titles translations being one of them.

While in training at a translation agency, I was called out for overlooking translations of names.  Puzzled, I’d turned to the patient project manager and remarked- “That’s a name of a building, and that’s a title of a document.  Surely, these are untranslatable?”

My point of view was that names were identifying labels, that simply ought not to be translated.  But when taken from the translator’s point of view- the topic of translating names is not so simple.

A well seasoned translator knows that their work is not as shallow as simply translating words on a page, but that it also requires a deep understanding of the culture involved with the written dialect they are working with.  The saying- “You can’t take the culture out of a language, nor the language out of its culture” is one that flows through the translator’s blood.

Translation of names is no different, and is in some ways even more complex.  Due to culture and several other factors, names and titles need to be handled with sensitivity, to assure that the resulting translation is culturally appropriate and makes sense to the intended audience- while keeping the original message intact. 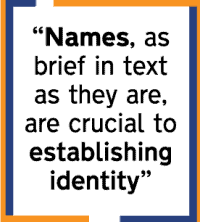 When I visited Italy many Springs ago, a lovely tour guide gushingly informed me that my name “Flora” was a well loved Italian name.  She also told me there were several other variations of the name used in Italy, and other countries.  However, there doesn’t seem to be a ‘name equivalent’ that matches with my name.

Here then, are a list of names and their english equivalents:

As for our company name, JR Language Translations, we decided to go to market in Spanish speaking countries as  “Traducciones JR”.  A word for word translation doesn’t usually work for marketing purposes.

When translating a well known book title like “The Importance of Being Earnest”- the pun of the word “Earnest” and the main character’s name “Ernest” has posed a unique challenge to translators.  In English, the term “earnest” is defined as “a serious and intent mental state” and that meaning is central to the plot of the book.

How have translators worked around this?  Here are a few examples:

In these examples, the translators replaced “Ernest” with a name that also conveys a virtue that’s closely related to the quality of being earnest- in the target language.

Here are some translations of a few more beloved book titles!

These titles pose less of a translation challenge than the clever title “The Importance of Being Earnest”, but you can still bet that plenty of thought and research on the part of the translators went into making sure that the translated titles made sense and read well to the target audience.

The handling of proper names between cultures tends to be a toss up between making sense and being somewhat random.  Beloved Disney characters like Donald Duck and Mickey Mouse have straightforward translations into Spanish that make perfect sense.

But can you guess the Spanish translation for Goofy?  Tribilin.  My intermediate Spanish language knowledge told me that “tribilin” did not mean “dog”, but to be certain- I asked the native Spanish speakers in our office.  The conclusion?  “Tribilin” was not a Spanish word, and might actually have been made up.

Check out the translation of the names for each of the Seven Dwarves:

To those of you who are native speakers of any of the 4 languages listed- do these translations make sense for each character?  Let me know in the comments section!   As a Mandarin speaker, I can say that the Chinese translations (in mandarin pinyin format here) fit each character’s name and personality quite well.

Names, as brief in text as they are, are crucial to establishing identity.  That is why it is so important to make sure they translate properly in each target culture.  The translator needs to make sure the translated name reads well, and makes sense to the intended audience.  And as you can see in our many examples, there is no ‘one rule’ translators can use to cover these bases.  A degree of creativity is sometimes involved.

If you are curious about how we’ve translated names throughout our translation services, feel free to contact us!