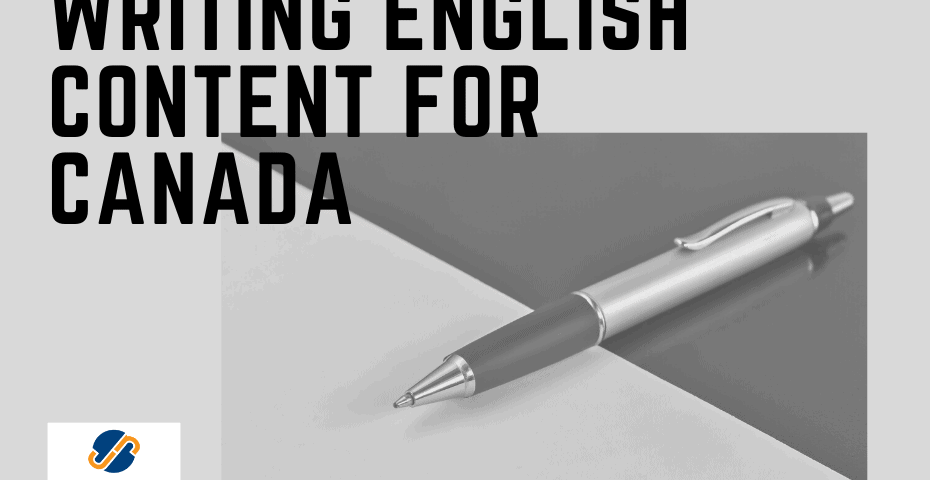 Our clients use our translation services regularly to produce English-language content or a document translated into English. Translating content into English is not the same across the world, there are over 15 dialects of English. Even in places where English is the dominant language, like Canada, the United States, and the United Kingdom, the language is different in important ways that could affect a translation if not addressed by professional translators that are specialized in creating content for the particular country.

Much of Canadian English is similar to English for the US and UK, we can all understand each other and in regular, everyday communication any differences will be forgiven. But if you want to show that your content was created for Canada and gain the trust of a specific English-speaking audience in any formal correspondence or marketing, it is best to select a translation company that has the native resources to produce a localized and flawless English Translation for Canada. A Canadian English translator should be used, and there are resources to consult that provide guidance on the style.

The Translation Bureau, a federal institution that supports our government to communicate in both official languages, has terminology and linguistic data banks and style guides for French and English content.

To make the best Canadian English translations, we use that official style guide put forth by the Canadian Translation Bureau. This guide offers extensive details for the proper use of Canadian English. In the style guide there are directions for items like hyphenations, bibliography, capitalization and much more.

The vocabulary, grammar, and punctuation in Canadian English may be a bit different from what is used in other English-speaking countries and these small differences stand out to a native speaker. A Canadian translation company will make sure your content for Canada is written in Canadian English.

Below are some differences between Canadian and American English that can affect translation and we can localize to the Canadian market or even specific areas of Canada.

The Growth of Languages

Etymology, the study of linguistic evolution, is a fascinating subject. Time, immigration, colonization, trade, geography, politics, and more all influence how a language develops. Languages also borrow from each other, and Canadian English is a perfect example. Canadian English borrows a portion of its spelling from British and French words, like “theatre,” “centre,” and “marvellous.” Also, Canada has two official languages, English and French, and the French has had an influence on some Canadian vocabulary and terms.

English content for Canada has to be localized, which is why it’s best to write your original copy with plain language to make it understandable for as many people as possible. It can then be localized by the professionals to fit local readers. Some good examples of local vocabulary and differences from our neighbor to the south’s English:

Numbers and measurements in Canadian English have to be carefully localized for region and industry. In general, Canada uses the metric system. However, there are times in which the imperial measurement system turns up.

As we are a bilingual country using both English and French, this can affect the names of cities and other geographical features.

Bringing Your Message in English to Canada

English-speaking Canadians are a large and powerful market, and a quality Canadian English translation can bring a high return on investment. People prefer to work, study, shop, in general, to read in their own native language. The small differences between the dialects may seem inconsequential; it’s still English after all, isn’t it? But making the effort to localize your content will make people more comfortable and willing to work with you, it will read as it was created for them from the get-go. These small differences can make a powerful impression. A professional language service company in Canada like JR Language can help you produce and refine your message for the Canadian audience.