Spices Of The World: Localized Spices To Please Every Palate

Columbus Day: Another Big Celebration for the Hispanic Community! 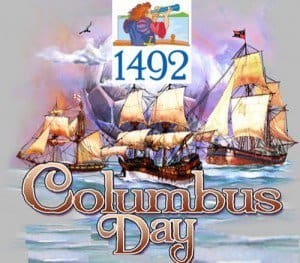 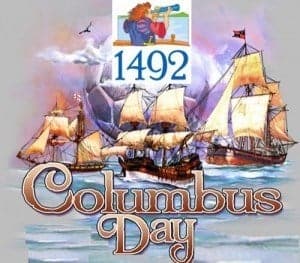 On October 12, 1492, Christopher Columbus stepped foot on the new world and in doing so, broadened the known world. However, he never realized in his life that he had arrived on a new continent. He always thought he had made it to India, and as a result of this error, the native population was named Indians.

After Columbus discovered America on October 12, 1492, other trips were organized by the Spanish Crown. But, it was Américo Vespucio who realized that they had discovered a new continent and upon his discovery, he named the land after him: América.

For the Hispanic members of JR Language who now live in the United States, it was interesting to discover that Columbus Day wasn’t as prominent here as in their native countries, namely: Argentina, Venezuela, Mexico, and Puerto Rico.  In most Latin American countries, Columbus Day is a National Festivity,  always celebrated on October 12th, and both the public and the private sector have the day off, whereas in the United States it is more of a moving holiday in Observance of Columbus day where the banks are closed and it is celebrated with “shopping discounts”. We presumed the important Latin American countries give to this date is the result of its colonization history with Spain.

Another interesting fact about the Columbus Day celebration is that in many countries it is also used to celebrate el “Día de la Raza” (Day of the Race, not used due to the racist connotations the phrase might imply) as a symbolic recognition of the discovery of the new world or what it is also called “the encounter of two worlds”. That connotation happens mainly in Hispanic countries,  likewise, it is fascinating to see how the celebration has evolved differently in each country including Spain, where it is celebrated as the day of Hispanic culture or the Hispanic world.

We are proud of our Spanish heritage and we celebrate it every day by delivering high-quality Spanish translations and localization projects. We hope we can continue helping our clients in their efforts of opening their world to the Hispanic community. We celebrate Columbus Day, Hispanic Culture Day, and any special day that brings the people of the world together to rejoice in the meaning of culture and its importance.