Dubbing in Video Translation: Defining It and How It Works for You

The 2019 Conference for the Society for International Development

The importance of using Chinese translation in Toronto 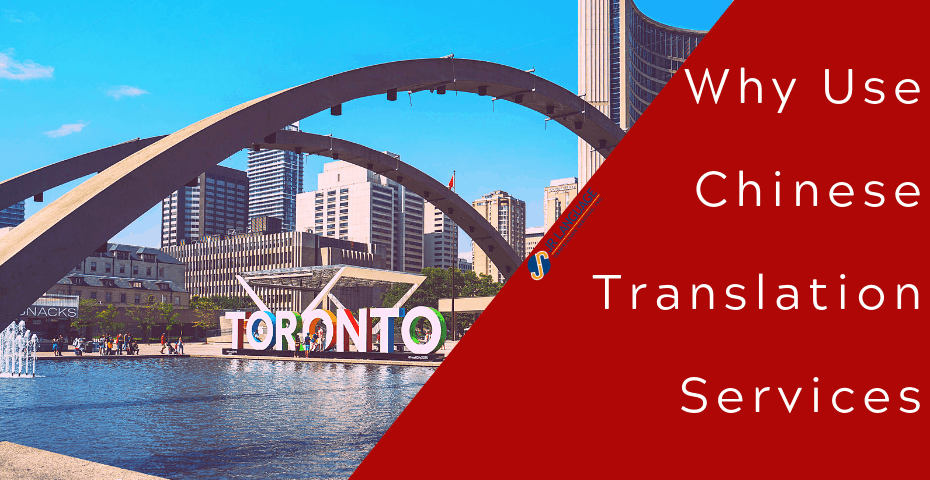 The Importance of Using Chinese Translation Services in Toronto

JR Language is a translation company that can help guide your business into new horizons by engaging the Chinese market in Toronto.  In today’s competitive world of international trade, we’re the translation resource you’ll want.  Every day, JR Language helps businesses like yours stand out to multilingual audiences in Canada through professional language services.

Why Should I Pursue the Chinese Market in Toronto?

When you do business in Canada, you cannot afford to ignore speakers of languages beyond the two official languages, English and French.  Canada is a nation that has been and continues to be built by immigrants and their descendants, so if you want to engage with Toronto’s diverse population and visitors, it pays to branch out into multiple languages like Chinese and Japanese.  Toronto is full of multilingual talent and buying power, and without a globalized mindset, you’re limiting your business’s reach.

Chinese people make about 10% of Toronto’s population and are expected to double by 2031.

Toronto is a multicultural city as shown by the different cultures that help shape its neighborhoods, and the diverse culinary options. The Chinese population is one of the most prominent in Toronto, and their presence can been seen throughout the City.  Chinatown is one of the most lively neighborhoods in Toronto, and visitors are frequently drawn in by its host of Chinese restaurants and variety of stores.  There are 6 Chinatowns in the Greater Toronto area. The central Chinatown is the largest one, and one of the largest Chinatowns in North America. It is located in Downtown Toronto along Dundas Street West and Spadina.  Some of the best Chinese food I’ve ever had was at some of the restaurants in central Chinatown. You can go into the Chinese markets and immediately feel transported to a different time and place.

Another city located near Toronto, Markham, also has a fast growing Chinese population which first emerged in the 1990s when just 14% of the city’s population was Chinese.  Today, about 46% of the population is Chinese and they are served by a number of Chinese businesses and malls like First Markham Place.

It is a fact in the Canadian census that Most Canadians of Chinese descent are concentrated within the provinces of Ontario and British Columbia.

Opening Your Brand to the Chinese-Canadian Market

The Chinese Presence in Toronto

What kind of impact are Chinese speakers making in Toronto?  We have a couple examples.

Toronto has some of the best universities in Canada.  Every year, thousands of Chinese-speaking students come to study and develop skill sets that will make them Toronto’s next generation of professionals and innovators.  Academic translation is an important part of an international student’s educational career, and includes items like transcripts, certificates, and course records.  JR Language is proud to offer certified educational translation services to help Chinese-speaking students make a confident transition into their studies in Toronto.  Translation is also needed for Students who plan on traveling from Canada to China to study, or for Chinese students moving back home.

Translation for tourism and travel is another huge opportunity for Chinese translation.  Many travelers come to visit their Chinese relatives who have made Toronto their home. Making Chinese content available for Tourists creates openness to a culture that is already thriving in the city.

In general, the demand for English into Chinese and Chinese into English is significant in the region, and is only growing. China’s economic growth and future potential offers a natural business partner for Canada.